Bollywood is mourning its second loss in as many days after the death of leading Indian actor Rishi Kapoor at the age of 67. 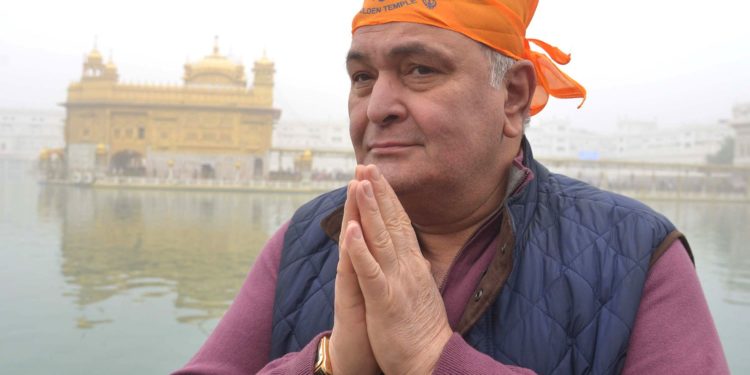 Nigeria: Afro Pop Star, Davido, in Mourning Following the death of his Son

Kapoor, part of one of Bollywood’s most famous families, was admitted to hospital in Mumbai on Wednesday and died on Thursday.

The star was part of the Kapoor acting dynasty and was famous for his roles as romantic leads in dozens of films.

He had returned to India last September after undergoing treatment for leukaemia in the US for almost a year, and was admitted to hospital twice in February.

Kapoor’s father Raj and grandfather Prithviraj were doyens of Bollywood, the vast Hindi-language film industry based in Mumbai.

He received the National Film Award for his debut role as a child artist in his father’s 1970 film Mera Naam Joker. He went on to act in more than 90 films.

His wife, Neetu Singh, co-starred in several of his films, and his son Ranbir is also a top Bollywood actor.

Kapoor’s family urged his fans, who under normal circumstances would have poured on to the streets in mourning, to follow coronavirus social distancing rules.

In a statement, they said: “There are numerous restrictions around movement and gathering in public. We would like to request all his fans and well-wishers and friends of the family to please respect the laws that are in force.”

Actress Priyanka Chopra said Kapoor’s death was the end of an era, adding: “#Rishisir your candid heart and immeasurable talent will never be encountered again.”

India’s Prime Minister Narendra Modi said Kapoor was a powerhouse of talent, and said: “I will always recall our interactions, even on social media. He was passionate about films and India’s progress.”

He switched to supporting roles in the 2000s and popular movies included Namastey London and Love Aj Kal, or Love Today And Tomorrow. He acted until recently and his last movie, The Body, was released in 2019.

Kapoor is survived by his wife, son and daughter.

His death comes a day after the passing of another renowned Indian actor, Irrfan Khan.

The 53-year-old, who had roles in films such as Life Of Pi and Jurassic World, had also been diagnosed with cancer.