Earlier, Egypt’s President Abdel Fattah El Sisi has conveyed a message of the South Sudanese president, affirming the strength of the bilateral ties between the two countries. 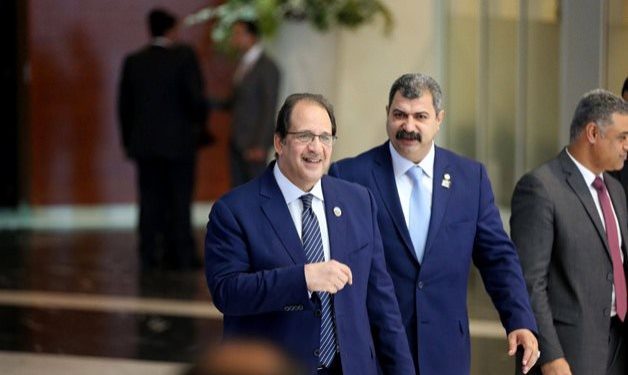 CAIRO – 12 August 2020: Chief of Egypt’s Intelligence Service Abbas Kamel on Wednesday headed to South Sudan, where he met with President Salva Kiir Mayardit and a number of officials. He also discussed with leaders of the Sudanese Revolutionary Front (SRF) preparations concerning the peace process between Sudan and the armed factions.

Also, Egypt’s Health Minister Hala Zayed on Wednesday met with her South Sudan’s counterpart, Elizabeth Achuei, in the capital, Juba, where they discussed cooperation between the two countries in the medical sector.

Zayed and Achuei also toured a number of medical centers in Juba, including a kidney center and a teaching hospital.

Along with head of Egypt’s Intelligence Service Abbas Kamel and a number of officials in South Sudan, Zayed attended the inauguration of a new Egyptian medical center in Juba.

In May, Egypt has sent two military plane carrying medical aid to South Sudan, as per presidential directives, in an effort to help Juba fight the novel coronavirus (COVID-19).

The General Command of the Egyptian Armed Forces has ordered sending the aid to South Sudan to help resolve the shortage of medical supplies and medication, the Egyptian Defense Ministry said in a video published on its YouTube channel.

“This aid comes to confirm Egypt’s active role toward the brotherly African people and to provide full support to the states of the [African] continent in the periods of adversity and crisis,” the video added.

In March, the Egyptian military transported relief to the South Sudanese flood victims that have been languishing in its aftermath for months. More than a million South Sudanese people were affected by the flooding by displacement, home damage, crop and land damage and other impacts.

Also, in September last year, Egypt’s Ministry of Health announced the arrival of a medical team in South Sudan, headed by Mohamed Gad, head of the Egyptian Ambulance Authority and supervisor of the external health relations sector in the ministry.

This, according to spokesperson for the Ministry of Health Khaled Megahed, came as part of Egyptian President Abdel Fatah al-Sisi’s initiative to treat 1 million African Hepatitis C patients.

“The medical team’s arrival came shortly after the opening of the first Hepadnaviridae unit at the Egyptian clinic in Juba, under the slogan ‘Long Live Egypt, Africa’,” the statement read.