The soldiers moved freely through the streets of Bamako, making it clear that they were in control of the city. Mali state television broadcaster ORTM was also brought offline, according to reports. 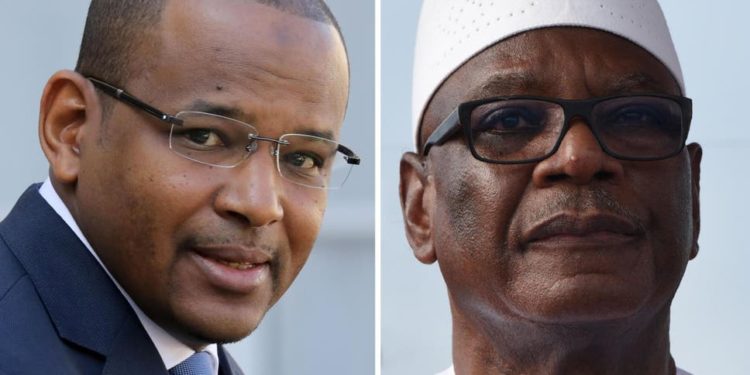 Mali’s president and prime minister have been arrested by mutinying soldiers, according to multiple officials and reports.

Soldiers surrounded the private residence of president Ibrahim Boubacar Keita in the capital Bamako, firing shots into the air and deepening fears of a coup attempt following several months of demonstrations calling for his resignation.

Prime minister Boubou Cisse was also detained, despite earlier appeals for “dialogue”, along with several high-ranking politicians and officials, including the minister of finance Abdoulaye Daffe and the chief of staff of the National Guard.

The arrests capped off a day of political chaos in Mali, where the United Nations and former coloniser France have spent more than seven years trying to stabilise the country since a 2012 coup allowed an Islamist insurgency to take hold in the West African nation.

Tuesday’s developments began with gunfire inside the Kati military base, some nine miles from the capital. The soldiers are reported to have taken weapons from the armoury at the barracks, and then detained senior military officers.

Anti-government protesters cheered the soldiers’ actions, some even setting fire to a building that belongs to Mali’s justice minister in the capital.

Mr Cisse had initially urged the soldiers to put down their arms.

“There is no problem whose solution cannot be found through dialogue,” he said in a communique, before later disappearing out of the public eye.

The unrest follows protesters’ calls for Mr Keita to resign as president. The 75-year-old won a second term in office in 2018, but he has been accused of corruption and faced sharp criticism over his handling of the country’s economy and security situation, with jihadist and communal violence on the rise.

The attempted coup was immediately condemned by the Economic Community of West African States (Ecowas), a regional group that has been mediating Mali’s political crisis. It urged the mutineers to return to their barracks.

France and other international powers, fearful that the fall of Mr Keita could further destabilise Mali and West Africa’s entire Sahel region, also denounced the mutiny.

Jean Yves Le Drian, France’s foreign minister, said the French government condemned “in the strongest terms this serious event” and he too urged soldiers to return to barracks.

The US envoy to the Sahel, J Peter Pham, said on Twitter that America is “opposed to all unconstitutional changes of government whether in the streets or by security forces.”

At least 14 people were killed in July in demonstrations that were called for by a coalition of Mr Keita’s political opponents, religious leaders and civil society activists.

The Malian president had hoped concessions to opponents and recommendations from a mediating delegation of regional leaders would help stem the tide of dissatisfaction, but the protest leaders have rejected proposals to join a power-sharing government.

The coalition said the detention of Mr Keita on Tuesday by mutinying soldiers was “not a military coup but a popular insurrection”.

“IBK did not want to listen to his people. We even proposed an alternative but he responded with killings,” Nouhoum Togo, spokesman for the M5-RFP coalition, told Reuters, referring to Mr Keita by his initials.

Mr Keita, who has broad support from France and other Western allies, first came to power in 2013 when he won more than 77 percent of the vote in a democratic election.