Nigeria Edo: Why Obaseki should be impeached – Ex-Rep member, Karimi

A former member of the House of Representatives, Sunday Karimi, has urged the Edo State House of Assembly to immediately commence impeachment process of the state Governor, Godwin Obaseki. 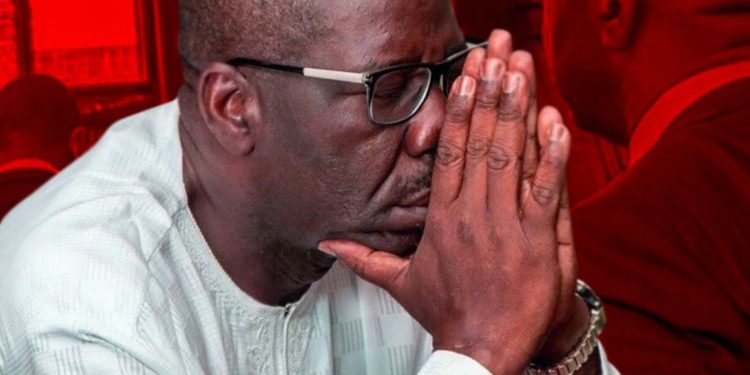 Karimi said Obaseki should be impeached due to alleged breach of the constitution.

The ex-lawmaker, who represented Yagba East, Yagba West/Mopa-Muro Federal Constituency of Kogi State in the Eighth Assembly, made the call in a statement issued on Sunday in Abuja, NAN reports.

He said the governor had breached the constitution by barring elected legislators in the state from being sworn-in to perform their constitutional responsibilities for 18 months.

According to him, Obaseki, who is currently the candidate of the Peoples Democratic Party (PDP) in the September 19 governorship election in Edo, should be taught a lesson.

Karimi argued that such an attempt to muzzle the legislature was tantamount to killing Nigeria’s hard-earned democracy, for which he (Obaseki) should be impeached.

The former legislator, who described the governor’s action as an abuse of office and display of autocratic disposition, said that he (Obaseki) must not be allowed to go unpunished.

“It will be an oversight and reward for impunity to allow such an abrasive act, which challenges the constitution.

“Obaseki is not fit to be in power and must be impeached to serve as deterrent to others and protect the nation’s democracy.

“Nigeria is not a Banana Republic where anything goes. Nigeria is the giant of Africa and should be seen to be leading by example,” he said.