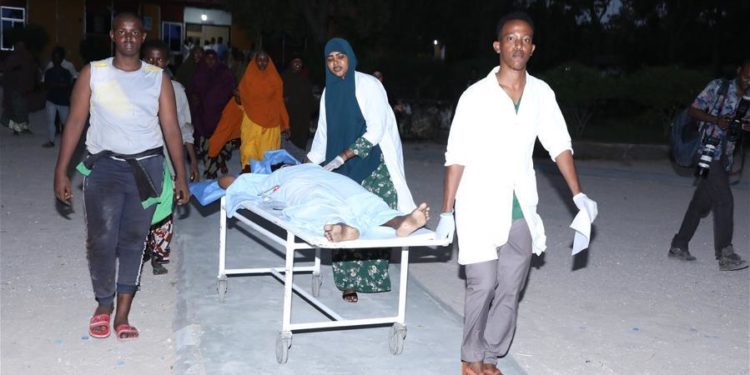 MOGADISHU – At least 16 people including a police officer were killed and dozens injured after the Somali security forces ended a five-hour siege by the militant group al-Shabab at a beachside hotel here on Sunday night.

“The total number of casualties at the Elite Hotel attack is 16. Five of the 16 people killed were the attackers, while one police officer was killed in the rescue operation,” Omar said in a statement.

The attack also claimed two senior officials from the ministries of information and defense.

Omar said 18 people had been injured but a medical charity, Aamin Ambulance had earlier said 28 who were injured during the attack had been rushed to hospitals.

The government official said the Somali special forces had rescued 205 people inside the hotel including the hotel owner, who is a lawmaker.

He said an investigation has been launched to establish how al-Shabab fighters managed to enter the fortified Elite Hotel, a recently opened upscale facility frequented by senior government officials.

The latest attack started on Sunday afternoon after the militants detonated a car bomb that ripped off the hotel’s gates before storming inside the facility.

The Special Forces immediately arrived at the scene and undertook rescue operations.

An al-Qaida allied terrorist group, al-Shabab has claimed responsibility for the hotel bombing.