The Minister further directs that all confiscated Rosewood, be auctioned ONLY to the domestic market and that no person who acquires Rosewood at such auction shall be permitted to export it outside the country. 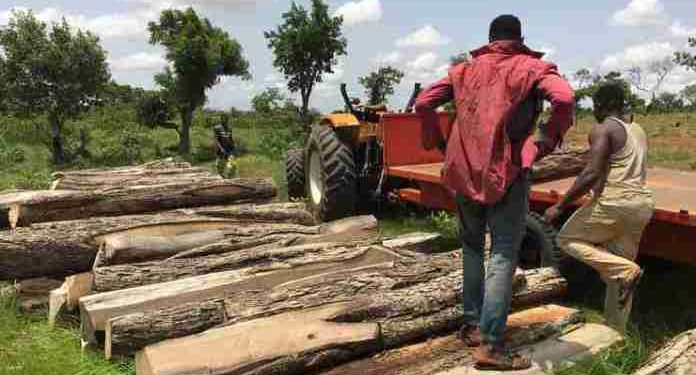 Minister of Lands and Natural Resources, Samuel Abu Jinapor,  announced this in a statement.

Below is the full statement

Whereas the Ministry of Lands and Natural Resources (hereinafter called “the Ministry”) is responsible for ensuring the sustainable management and efficient and effective utilisation of the nation’s lands, forests, wildlife and other natural resources for the socio-economic growth and development of the country;

Whereas Rosewood remains a restricted wood species under Appendix II of the Convention on International Trade in Endangered Species of Wild Fauna and Flora (CITES) and Ghana has a responsibility under the Convention to protect these species by controlling their exploitation;

Whereas the Ministry has placed a ban on the harvesting of Rosewood;

Whereas the Ministry has taken notice of the unfortunate practice whereby some unscrupulous individuals, Ghanaians and foreigners alike, who harvest Rosewood illegally, manage to participate in the lawful auction of such confiscated Rosewood by the Forestry Commission, and then disingenuously turn around to export the same Rosewood to the international market;

Whereas the practice as stated in the immediate preceding paragraph, encourages the illicit harvesting, transporting, processing, trading and exporting of Rosewood, in spite of the subsisting ban; and

Whereas the Minister for Lands and Natural Resources (hereinafter called “the Minister”) is desirous of taking appropriate measures to end the operations of these cartels and the illicit trade in Rosewood;

NOW THEREFORE the Minister hereby directs that, effective immediately, no Rosewood shall be exported out of Ghana;

The Minister further directs that all confiscated Rosewood, be auctioned ONLY to the domestic market and that no person who acquires Rosewood at such auction shall be permitted to export it outside the country.

For the avoidance of doubt, the Minister also directs the Forestry Commission, to, while the ban remains in force, cease the issuance of CITES permits for the purposes of exporting Rosewood, whether the Rosewood was acquired legally or otherwise.