The official made the revelation in an exclusive interview he granted the Cameroon Radio Television, CRTV. 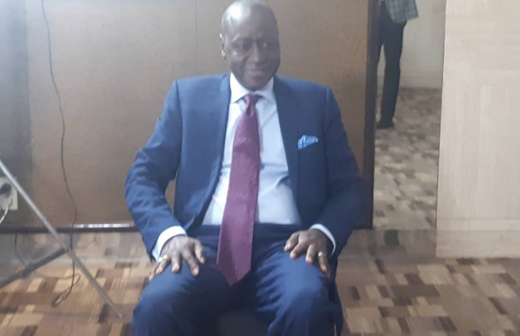 The World Bank Group Vice President for Western and Central Africa, Ousmane Diagana, has revealed that the financial institution will in a series of projects envisaged for Cameroon inject some 400 billion FCFA  into the conflict-hit North West, South West and Far North regions.

The official made the revelation in an exclusive interview he granted the Cameroon Radio Television, CRTV. His revelations in the interview came after a series of meetings he had with top government officials including the Prime Minister Head of Government, Chief Dr Joseph Dion Ngute.

Ousmane Diagana said the projects will touch theareas of security, environment, climate change, economic development as well as cooperation to provide responses to the crisis in regions hit by armed conflicts. The said projects are expected to be funded by concessional loans.

“One is a privation and resilience allocation. This is a study that we will be doing in order to identify what concrete measures could be taken to help Cameroon prevent from crisis happening, address the issue of fragility and what measures if implemented would increase our financial resource that are allocated to Cameroon,”World Bank senior revealed.

He added that the World Bank Group will as part of their second project tackle the issue of climate change which is affecting many countries including Cameroon.

“The second is that climate change is impacting on all countries and we are now preparing a report to see what type of things that Cameroon could undertake to adapt to the climate changes,” he revealed adding that the institution will also review its partnership cooperation with Cameroon.

“The third is the preparation of new partnership framework that will frame our interventions in the country moving forward,” Ousmane stated. He had after an audience granted with the Prime Minister assured the bank’s continuous support to sectors that boost economic growth and job creation.

“We have a very strong partnership with Cameroons panning over a number of programmes. At the moment, 15 programmes are operational and at the end of my mission, there will be about 19,” Ousmane told reporters after meeting the PM, adding that the Bank will continue to develop human capital by supporting education and health.

World Bank official recently signed to finance two programmes in Cameroon amounting to over 3 billion US Dollars. The amount will touch on education, transport, infrastructure, energy, road and the acquisition of vaccines to fight against the Covid-19 pandemic. The financial institution has equally mobilised funding for the vaccination programme in Cameroon.