Africans believe in oneness-strength in unity and diversity-and being social is a deep-rooted aspect of every African. 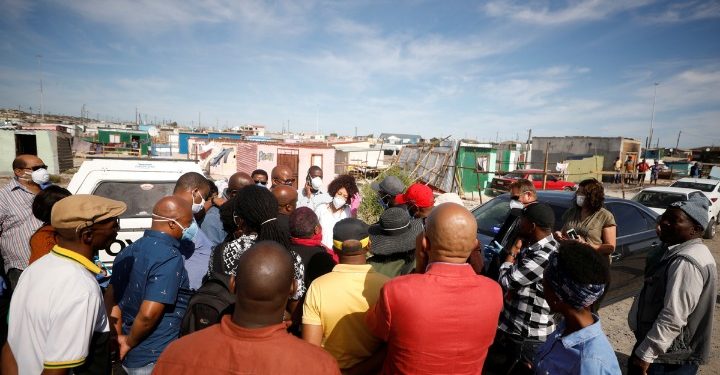 It is well known that a societal fabric is only as strong as the social threads that hold it together. African communal structures and events are centered on socializing, from living in communal settings and homesteads, to the various rites of passage and ceremonies, to the use of shared amenities.

With the advent of COVID-19, many of these rites of passage were put on hold as they were categorized as avenues for enabling the spread of the virus.

A quick look at the life in rural and peri-urban areas in Africa is enough to gauge the effects of the pandemic. Communal meetings for group empowerment and development, which were once the pillar stones of socialization, are no more.

While Africa has faced many pandemics, such as Ebola, sleeping sickness and HIV, hardly any have risen to a continental concern like the COVID-19 pandemic, which is causing changes in critical cultural structures.

For instance, social distancing, which is an alien concept in African culture, is now part of the new normal and is continually creating an irreparable rift, especially in the rural areas, where people have a collective communal daily life and share common spaces.

The entry of COVID-19 in Africa has brought some cultural practices to a halt.

African governments’ imposition of restriction measures, including bans on large-scale social gatherings and enforcement of social distancing measures to prevent the escalation of COVID-19 transmission, has resulted in abrupt and indefinite dissolution of cultural rites of passage, marriage ceremonies and burial ceremonies.

Many communities are yet to overcome the culture shock caused by the demands of these restrictions.

As of Tuesday, a total of 1,252,552 COVID-19 cases were reported across the continent, with Southern Africa accounting for 35 percent of cases, Northern Africa 29 percent, Eastern Africa 24 percent, Western Africa 9 percent and Central Africa 3 percent.

Reverse migration has been witnessed in various cities across the continent after many governments in Africa eased the lockdown measures.

Unfavorable living conditions in cities and a sharp decline in productivity, jobs and revenue-earning opportunities have made life in countryside homes seem like a more viable option.

A lot of previously employed people moved from urban to rural areas to practice subsistence farming. This change of livelihood will have a far-reaching impact on the way people will conduct their day-to-day business.

Slightly more than half a year ago, it was not uncommon in the East African region for friends to meet on Friday evenings for a drink and nyama choma (roast meat feast), to socialize and to discuss political and economic happenings while watching a game of soccer. This is no longer the case, as social gatherings and the sale of alcohol in bars and restaurants are prohibited.

In Kenya and Uganda, weddings and burial ceremonies, which previously had been banned as part of measures to control the spread of the virus, are now streamed live through social media platforms.

On the upside, major African cities that were previously reeling under noise and air pollution saw the restrictions on movement as a welcome move. This slowing down of daily activities provided the cities with a chance to recharge and “regreen”.

With restrictions on social distancing and public gatherings still in place and expected to be in place in the foreseeable future, solutions that were adopted earlier to get around these restrictions will have to be fine-tuned to become the new normal operating modes during and after the pandemic.