The main target market will be domestic consumption, although it is not ruled out that it will be sold abroad in the event of a surplus. 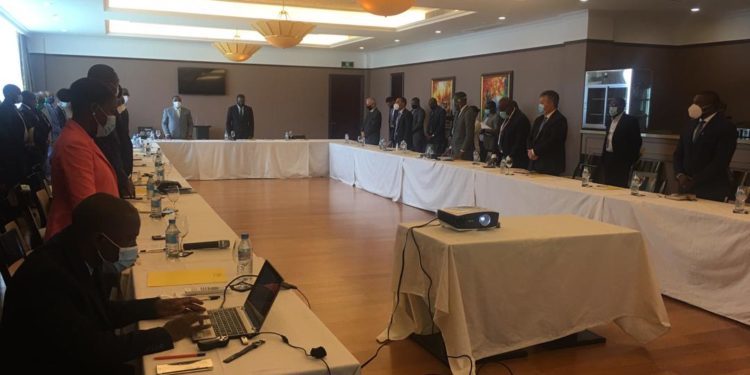 Gabriel Mbega Obiang Lima during the presentation of the Punta Europa Modular Refinery project at  Hotel Colinas in Malabo explained in reference to the delay that meant that Equatorial Guinea had its own national refinery. “The scenario of equipping the country with its own refinery had not yet been handled since the exploitation of hydrocarbons began, due to viability issues, costs and the financing involved,” To date, it uses the international ones.

For the mining department, the start-up of the aforementioned refinery, among the objectives it pursues, is the avoidance of stock breaks and the supply of refined products to national consumers, taking into account the strategic role of the national economy .

According to technical feasibility study, the project will consist of two phases;  The first, the installation of a CDU unit and its auxiliary equipment will be carried out, within a completion period of 20 to 24 months, while the second,  the reformer for gasoline production will be installed, with the period of  30 to 36 months.

According to the technicians of the oil company, Marathon GE and  the Ministry of Mines, two scenarios are being considered for the implementation of this project. On the other hand, with a refining capacity of 10,000 barrels / day, more than 200 million US dollars would be needed, with an estimated income in the first year of 67.6 M $ and amortization in 34 months; and the other refinement scenario of about 5,000 barrels per day, which they project at the best, more than $ 147M will be needed, while it is estimated that around $ 13M can be raised with a repayment plan of 60 months.

The raw material that will be used in the facilities will be the condensate produced in the Alba and Alén fields, which is expected to produce up to a total of five crude derivatives, such as gasoline, kerosene, diesel, Jet Fuel and the Naptha in light and heavy state, whose work will be carried out by VFUELS OIL & GAS COMPANY.

One of the points that are still uncertain in this project, Ministry of Mines and Hydrocarbons claims , is the question of financing shareholders. As Mbega Obiang Lima pointed out,  Equatorial guinea will only have a minimum percentage of participation, which today is estimated at 20%, while 80% would be distributed in private sector investment companies.

The possible economic results that the ministry of Mines and Hydrocarbons presented seem very optimistic, with the price of condensate projected at $ 55 a barrel, which implies a discount from Brent, although it has not been determined whether the price of fuel that is now being Paid  in the country will be reduced taking into account that the State will have to stop incentivizing the price as it continues to do to date, but  with total security, the ordeal of fuel shortages, especially gasoline, will be history in the country, since the main target market will be domestic consumption, although it is not ruled out that it will be sold abroad in the event of a surplus.