International travel remains banned from South Africa for leisure purposes, though domestic flights were recently given the green light as part of a wider economic reopening. 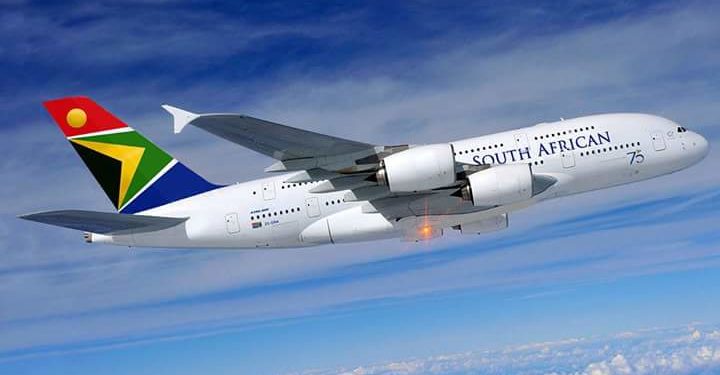 JOHANNESBURG – Ethiopian Airlines Group is among companies in talks with South Africa’s government about potentially offering support to the country’s insolvent state airline, according to people familiar with the matter.

Africa’s biggest carrier is considering ways to help bankrupt South African Airways fly again after more than five months of dormancy, said the people, who asked not to be identified as the talks are private. Taking a stake in the carrier is one of the options under discussion, they said, though negotiations are ongoing and an agreement may not be reached.

South Africa needs to raise more than 10 billion rand ($595 million) to revive SAA, according to a rescue plan compiled by administrators and backed by both the state and labor groups. Yet Finance Minister Tito Mboweni has said the funds should come from private sources, committing only to help “mobilize” the required amount. SAA was placed under administrative protection in December, before the coronavirus crisis hit.

Much of the funding is likely to come from private financial backers rather than Ethiopian, which would bring more operational expertise to the table, the people said.

Ethiopian Chief Executive Officer Tewolde GebreMariam said talks have taken place in the past but were put on hold. He referred questions about the current situation to Abel Alemu, the airline’s regional manager for southern Africa, who didn’t immediately comment.

The Department of Public Enterprises said last month it has received as many as 10 expressions of interest from “private-sector funders, private-equity investors and partners.” Those relate to the main airline and its subsidiaries, namely low-cost carrier Mango, catering arm Air Chefs and maintenance unit SAA Technical.

As many as four of the proposals are promising, the DPE’s director general, Kgathatso Tlhakudi, said in an interview. The DPE declined to comment.

As well as Ethiopian, there has been engagement between the government and Gulf giant Emirates about its codeshare agreement with SAA.

“Emirates can confirm that it has been in touch with South African Airways for general discussions relating to the codeshare partnership between both airlines,” a spokesperson said.

SAA has lost money for almost a decade, relying on bailouts and debt guarantees from the government. It was forced to ground all commercial passenger flights in March when South Africa closed its borders to contain the pandemic.

Tewolde said last year the state-owned carrier would be interested in buying a stake in SAA if approached, though that company has also since battled its own severe revenue shortfall due to Covid-19 travel bans.