Nairobi County government has lined up over Sh2 billion worth of projects in the current financial year for markets with the aim of enhancing trade in the capital city. 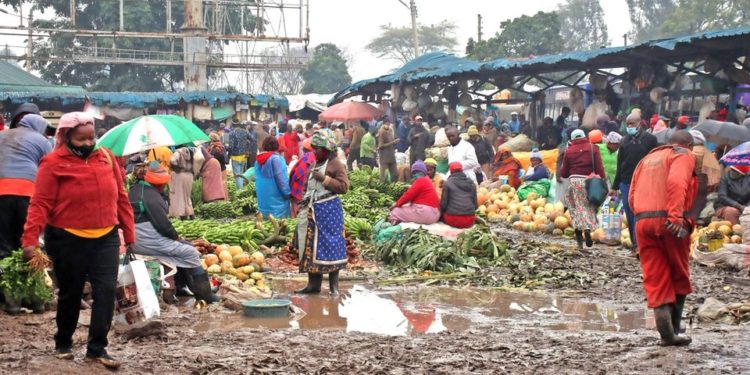 The plan will see the devolved unit construct two new facilities as well as rehabilitate at least five.

The two projects, the county government estimates, will cost Sh1 billion with the construction of the new ones taking  Sh800 million. Already, urban planning approvals and contract documents have been signed.

On the other hand, the rehabilitation of at least five existing markets will cost City Hall Sh250 million.

“The rehabilitation of the markets is part of the county government’s plan to increase the number of trading facilities in the capital city, while maintaining existing markets for effective functionality,” read in part the County Annual Development Plan for 2020/2021 financial year.

The initiative comes amid dwindling revenue collection from the 46 county markets with City Hall recording Sh294.8 million in the financial year ended June 30, 2020.

This represented 50 percent of the county government’s target from the financial year which stood at Sh598.4 million.

Reconstruction of a burnt block at Karen market, awarded Sh10 million in the financial year ended June 30, 2020, has stalled with works only 30 percent done.

Improvement of sheds and repair of parking lots at Kariokor Market is also 15 percent complete despite Sh15 million being allocated for the same in the previous financial year.

At the same time, the county government is also set to construct more modern kiosks at Sh25 million.
Already, 10 per cent of the work has been done.

City Hall targets to rehabilitate Jogoo Road market into a textile centre of excellence complete with modern textile equipment at a cost of Sh20.5 million.

This is part of a wider plan by the county government to construct industrial centres, specifically a textile and tooling centre, at a cost of Sh500 million.

City Hall is also looking into the setting up of incubation centres to support youth in business startups and entrepreneurship at a similar cost.

At the same time, the county government is set to construct industrial parks or incubation centres at the Kariokor Common Leather Manufacturing facility at a cost of Sh12.5 million.

Already feasibility studies have commenced over the same with contract and consultancy services awarded.

Phase one will involve the construction of a go-down while the second will see fencing, compressor room, generator room and ablution block.

The project was allocated Sh40 million in the previous financial year and only Sh7.5 million has been spent.