With Malawi’s monthly import bill estimated at around $210 million per month, the earnings from this year’s tobacco season could be enough to keep the wheels of the economy running for 25 days. 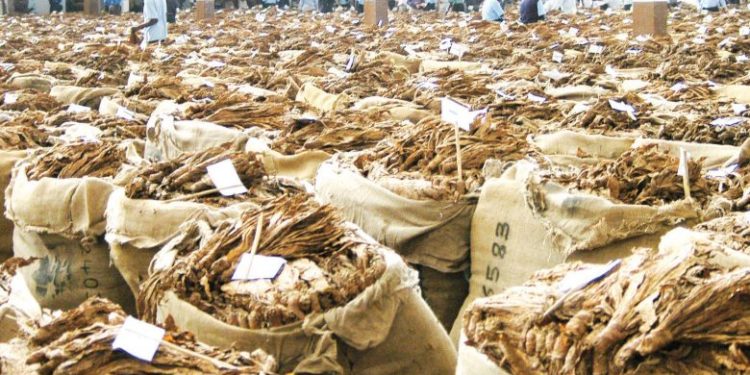 This year’s tobacco selling season closed on Friday with the country realising $173.5 million (about K130 billion) from the green gold, the Tobacco Commission statistics have shown.

This year’s earnings are 27 percent below the $237 million realised during last year’s growing season.

According to the statistics, this year the country sold a total of 112.89 million kgs of tobacco as opposed to 165.67 million kgs sold last year.

“I can say it was a mixed bag. Although prices were better this year, we traded reduced volumes of tobacco this year.

“Initially we had anticipated producing around 154 million kg of tobacco this season but we ended up producing just around 112 million,” Sadala said.

He said the general decline in the total production of the crop could be attributed to weather impact, especially excessive rains received immediately after the second round of crop estimates.

“This factor has been observed within the region as none of the countries have attained their projected volumes this year.

He said despite the improved prices, the authorities are concerned that the grower’s take home remains subdued due to the various fees and charges by various stakeholders in the value chain.

According to Sadala, there is a need for authorities to sit down with the stakeholders to reduce the number of charges on growers.

In an earlier interview Tobacco Association of Malawi (TAMA) Trust Chief Executive Officer, Nixon Lita, said the biggest challenge was high rejection rate on auction sales which went above 70 percent on some days.

“We need to learn as to why we are failing to produce the demanded tonnage. Presentation of tobacco for sale, especially from auction market needs to improve. As a grower body we will be working with our partners in extension services to work on this short fall,” Lita said.

Tobacco remains Malawi’s major export crop. However proceeds from the crop have been on the decline in the past ten years.