Morocco: Royal Air Maroc Prepares for Second Round of Layoffs

The COVID-19 crisis has deepened the rift between Morocco’s flag carrier and the national association of airline pilots. 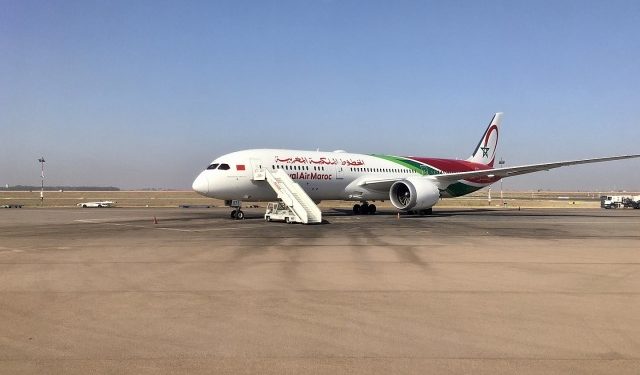 Rabat – Royal Air Maroc recently laid off 65 pilots due to economic losses incurred from the COVID-19 pandemic. Despite Morocco’s gradual ease of restrictions on both domestic and international flights, the national airline is now preparing for round two of layoffs.

A senior official at Royal Air Maroc explained to Moroccan outlet Le360 that the company proceeded with the first round of layoffs expecting to resume regular activity by July. Now that Morocco’s airspace is set to remain closed at least until October 10 — save for special flights — the airline is preparing for even more layoffs to cope with the three extra months of inactivity.

The company’s voluntary departure program affected 141 employees in July. In August, a wave of economic layoffs targeted 140 employees, including 65 pilots.

Royal Air Maroc justified the layoffs by saying it needed to minimize its payroll in light of the COVID-19 crisis.

Meanwhile, the tension between the airline’s management and Moroccan pilots has been building.

Earlier this month, 308 out of 469 total members of the Moroccan Association of Airline Pilots (AMPL) said they were willing to go on strike to protest the airline’s decision to let go of 65 pilots. The Moroccan pilots believe the layoffs were unjustified, arguing that a salary cut would have sufficed.

AMPL called for the rehiring of the laid-off pilots in return for reduced salaries, agreeing to have their salaries cut by the same amount Royal Air Maroc would gain from the layoff plan: MAD 400 million ($43 million) over three years.

According to Le360’s sources, the airline has unofficially cast the proposal aside. If Royal Air Maroc rejects AMPL’s requests, the association is prepared to issue a strike notice.

The CEO of Royal Air Maroc, Abdelhamid Addou, advised the AMPL to propose even lower salaries or another 102 pilots will be laid off, a member of AMPL told Le360.

Royal Air Maroc and AMPL continue to clash, making productive dialogue next to impossible and the prospects of a mutually-acceptable solution unlikely.

Morocco’s flag carrier lost millions of dollars per day due to the COVID-19 crisis and resorted to liquidating aircraft and cutting its workforce. With Morocco’s government yet to clarify plans regarding the opening of the country’s borders, it remains to be seen what the future holds for the airline’s pilots and employees.