African countries should seize the opportunity to boost the construction of infrastructure and gain the full benefits of the continent's free-trade agreement, say analysts in encouraging governments to reject protectionism. 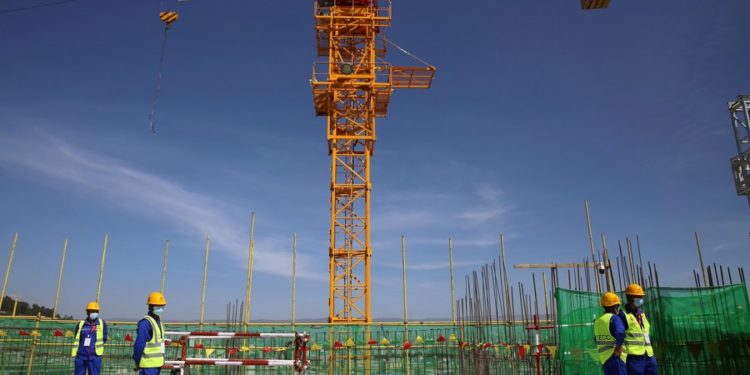 The African Continental Free Trade Area, or AfCFTA, took effect in January last year, though many African countries have not begun participating in the arrangements, said investment banker Aly Khan Satchu, who cites a lack of infrastructure as a key constraint.

Effective implementation of the agreement has been held back by insufficient infrastructure for transport and technological connectivity, among other areas, he said.

“Free-trade agreements, if they operate optimally, are very much a silver bullet, and can accelerate GDP growth, flatten price asymmetries and create industrial benefits,” Satchu said.

“Many countries in Africa however earn considerable amounts from customs duties and are fundamentally protectionist and therefore a key challenge is creating an enforceable mechanism around resistance at the national level.

“I think Africa needs to accelerate the implementation and create a powerful mechanism to force the reluctant countries to open up.”

Kwame Owino, an economist in Nairobi, said the AfCFTA will only succeed if the constituent blocs, such as the Southern African Development Community, fast-track their infrastructure development. “It is important to achieve full implementation of the regional customs union and common market protocols before planning to participate in preferential trade agreements with other regions,”Owino said.

“The best option is to ask the African countries to get their act together in order to proceed jointly with the free-trade agreement.”

Satchu said that once the agreement is fully implemented, it will bring significant changes to the continent, Satchu said.

“The significance of the AfCFTA cannot be overstated. It is a real necessity and the potential benefits are huge,” he said.

If successfully implemented, the AfCFTA will help generate combined consumer and business spending of more than $6.7 trillion by 2030. Business-to-business spending will be about $4.2 trillion, with agribusiness having the largest share at almost $1 trillion, he said. Consumer spending will reach about $2.5 trillion with food and drinks, education and transport representing the largest sectors, he added.

Owino said the COVID-19 pandemic has delayed the broader implementation of the trade agreement. But once obstacles are cleared, the boost in intraregional trade will reduce Africa’s dependence on the global economy.

“In particular, economic integration within the region, with a focus on high-tech manufacturing, and regional value chains on the production side, and a focus on African markets for demand, will be essential for increasing resilience to external shocks,” Owino said. “While the AfCFTA has been delayed due to the COVID-19 pandemic, it will be important to move forward with the trade negotiations to create the conditions for such an agreement to flourish.”

By September, 38 of the 54 signatories had deposited their instruments of ratification with the chair of the African Union Commission, according to the AfCFTA Secretariat. Trading under the agreement began on Jan 1, 2021, after a six-month delay because of the pandemic. However, negotiations on many issues need to be resolved before the agreement can function as intended.

Wamkele Mene, the secretary-general of the AfCFTA Secretariat, said the varying levels of economic development among the signatory countries create a challenge for the goals of the agreement to be fully realized.

Mene told the Allafrica news website that while some countries have a strong industrial base to aid their export sectors, other countries will need more time to adjust.

“Now that we have reached agreements on over 87 percent of tariff lines, I think that we are in a good position to start trading based on what we have agreed on,” Mene said.