A major local airline has lost as much as N2.1 billion in the last three weeks over flight disruption occasioned by the coronavirus disease pandemic. 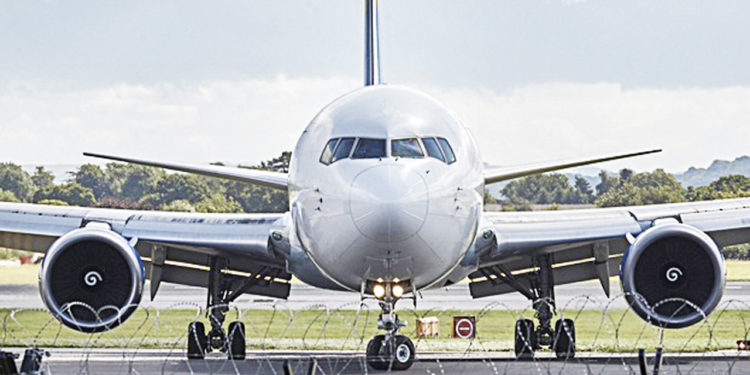 The airline, Air Peace, accounts for at least 40 per cent market share of the industry and biggest fleet capacity in the West African region.

Meanwhile, the new national president of the National Association of Nigerian Travel Agencies (NANTA), Susan Akporiaye, said though the situation is grim, it is also time to develop local tourism and be hopeful.

The Guardian recently reported over 70 per cent traffic loss following the Federal Government’s restriction of all international travels as part of measures of contain the spread of the coronavirus disease. As at the weekend, all the airlines have temporarily shutdown in solidarity with the containment plan and to cut losses in operations.

Air Peace, prior to the shutdown, had lost 80 per cent of its market share. The airline was forced to bring down airfares to the “level that cannot even cover cost of fuel just to attract passengers to travel.”

The Chief Operating Officer (COO) of the airline, Toyin Olajide, told reporters that the airline had lost about N2.1 billion in the last three weeks and continued to lose money as load factor went below 40 per cent.

“We have been losing a lot. We lose money daily because passenger figures have dropped by over 60 per cent. We lose N100 million daily and we have been doing that in the last three weeks. People are no longer flying. We now attract passengers by lowering the fares since the past three weeks.

“We charge N23, 000 per ticket for over 100 passengers in one flight. That is below the cost of fuel for the trip. We have to count the cost of insurance, spares and getting spares is very difficult now as there are no more international flights. So, if you don’t have aircraft spares in your store, it becomes very difficult to replace the one in the aircraft because there are no flights,” Olajide said.

She added that the airlines are the worst hit during the pandemic. She call on the Federal Government to help airlines, as other countries are doing; “otherwise jobs will be lost.”

“No airline can even pay salary this month. For the airlines to be afloat we need government’s support. Government can start by giving domestic airlines waivers on charges and taxes; unless they want the airlines to die,” Olajide said.

Air Peace alone has about 3,500-workforce capacity. Projection has that without intervention from government, the domestic airlines will be crippled financially, and over 20, 000 of direct and indirect employees would lose jobs.

The new NANTA helmsman, Susan Akporiaye, was recently sworn-in in Lagos as the 44th national president of the association.

Akporiaye said all stakeholders had to deal with the realities of the force majeure situation that coronavirus has brought upon the economy.

She said while the travel agencies had lost jobs, there are opportunities lurking in natural tourism and awaiting to be developed for gains in the post-COVID-19 period.

She pledged to represent the association well and take it to the next level. “We must admit that we have global challenges brought on by COVID-19. We also do have some pertinent local challenges facing our members and their businesses that we must confront and come up with effective strategies to address.”

“In due course, the incoming executives shall engage and consult with all of you as stakeholders in order to establish and validate our priorities. I will then be articulating these priorities with strategies on how to move us forward,” Akporiaye said.