Governor Abdullahi Sule has locked down Nasarawa as to prevent the spread of Covid-19 into the state. 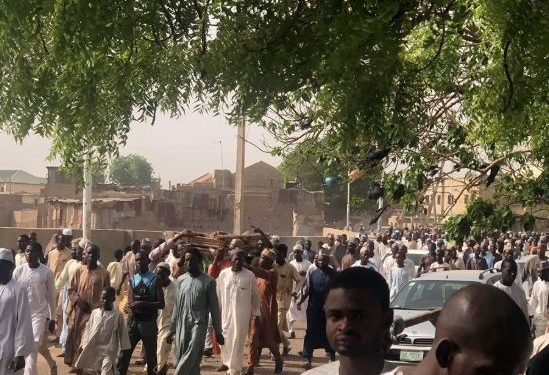 Some traders in Keffi, capital of Nasarawa , who specialise in selling fabrics are still moving their goods in the night from Kano despite the high rate of coronavirus infection in Kano.

The Nation findings revealed that there was serious concern in Keffi over the development with many expressing fears the goods may be transmitting agents for the virus.

So far, Kano has recorded 77 cases of COVID-19 in addition to a strange ailment in Kano alleged to have killed many in the ancient city.

Investigation by The Nation further revealed that in the last one week, traders mostly those into fabrics have been shifting their goods from Kano into Keffi in the night to avoid being arrested by security agencies.

The goods, our correspondent gathered, normally arrive Keffi from Kano between 4am and 5am.

They get offloaded at the Keffi Central Motor Park and old market motor  park keffi.

A top elected official in the council is alleged to be part of the arrangement because he runs a fabric business even before he got into government.