Nine countries, including China, have banned cryptocurrency completely, and another 42 have instituted restrictions making it extremely difficult to use.

The Bank of Russia has unveiled proposals that would see the sale, mining and circulation of cryptocurrencies banned as part of a radical move that finance chiefs say would protect the economy from the risks associated with digital currencies. 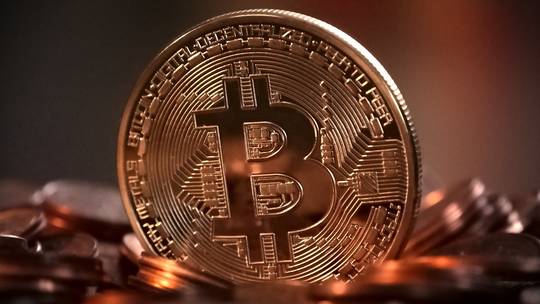 In a statement issued on Thursday, the Central Bank argued that “the status of the Russian ruble, which is not a reserve currency, does not allow Russia to take a soft approach or ignore the growing risks.”

In the view of officials, “additional measures are advisable.”The regulator proposed a tranche of restrictions that it said would “minimize the threats associated with the spread of cryptocurrencies,” including banning transactions from the Russian market, prohibiting digital denominations from being issued, and preventing financial institutions from investing in them.

In addition, the mining of cryptocurrencies would be banned under the proposed rule change, as would the ability for investors to cash out. Those falling foul of the laws could face prosecution.

In November, the bank reported that around $5 billion worth of crypto is traded in Russia each year, making the country one of the biggest players in the emerging market worldwide. Officials noted that Russia was second only to Turkey in terms of users visiting the Binance cryptocurrency exchange online.

In addition, the country ranked third, behind the US and Kazakhstan, in bitcoin mining worldwide. Bloomberg reported on Thursday that the Central Bank had been contacted by the Federal Security Service (FSB) over alleged concerns that cryptocurrency was being used to fund media outlets and political organizations designated ‘foreign agents’ over links to cash from overseas.

According to two anonymous sources, the security agency recommended a complete shutdown of crypto operations in Russia, in accordance with the recommendations the bank later published.

Besides crypto’s purported effect on financial markets, the bank also referenced concerns about the currency’s impact on the environment in its decision, claiming that its spread could negatively impact efforts to adopt sustainable energy systems. In 2021, analysis showed that bitcoin uses more electricity annually than the nation of Finland as part of its mining process.

China made headlines last year when it banned cryptocurrency in a series of crackdowns, first prohibiting financial institutions from engaging in crypto transactions, then banning domestic mining, and finally outlawing the technology outright in September. The government said that it was worried about the currency’s environmental effects, and that it was being used for fraud and money laundering, given it can be traded anonymously and outside state financial systems. The country had previously been the most popular location for bitcoin mining, but it was replaced by the US after the prohibition.

Nine countries, including China, have banned cryptocurrency completely, and another 42 have instituted restrictions making it extremely difficult to use. The number of countries and jurisdictions that have banned crypto, either completely or implicitly, has more than doubled since 2018.