According to experts, government did not think through the implications the suspension of the SIM sale, registration and activation would have before embarking on the policy. 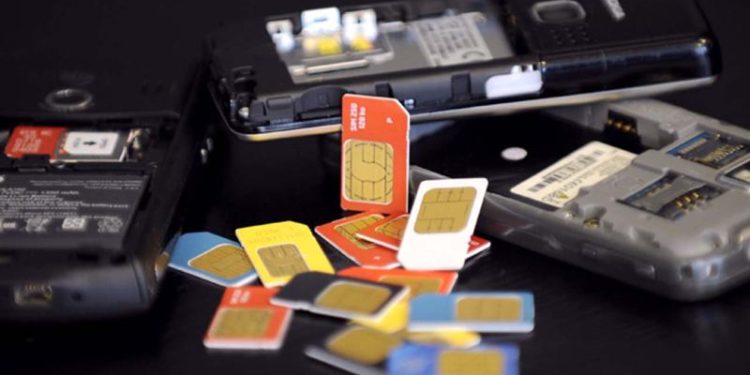 “In line with the Federal Government desire to consolidate the achievement of the SIM Card registration exercise of September 2019, the Honourable Minister of Communications and Digital Economy, Dr. Isa Ali Ibrahim (Pantami), has directed the Nigerian Communications Commission (NCC) to embark on another audit of the Subscriber Registration Database again.

“The objective of the audit exercise is to verify and ensure compliance by Mobile Network Operators with the set quality standards and requirements of SIM Card Registration as issued by the Federal Ministry of Communications and Digital Economy and the Commission.

“Accordingly, Mobile Network Operators (MNOs) are hereby directed to immediately suspend the sale, registration and activation of new SIM Cards until the audit exercise is concluded, and Government has conveyed the new direction.

“MNOs are to please note that non-compliance with this directive will be met with strict sanctions, including the possibility of withdrawal of operating license.”

With the above press statement from the Nigeria Communications Commission (NCC), on December 9, 2020, the Federal Government suspended the sale, registration and activation on new mobile telephony Subscriber Identification Module (SIM) cards in the country.

Though the NCC said in the statement that the move was to carry out an audit of subscribers registration database, it also made the linking of the National Identification Number (NIN) compulsory for Nigerians to continue to enjoy services from telecoms service providers.

The suspension was widely criticised by Nigerians across board, especially with the rush for NIN registration, which exposed Nigerians to the danger of contracting the dreaded COVID-19 virus, which at the time newly entered its second wave.

Nigerians were daily regaled with images of thousands of people at the offices and other registration centres of the National Identity Management Commission (NIMC), raising fears that the nation may witness a monumental increase in the daily number of positive cases being recorded in the country.

However, beyond the fears surrounding the COVID-19 pandemic, some Nigerians are concerned about the economic implications of the suspension which they claimed was impacting negatively than most Nigerians are aware.

According to experts, the suspension of the sale, registration and activation of new SIM cards has far greater implications for the economy, employment and even security than most Nigerians presently appreciate.

Leading the charge in the economic losses occasioned by the suspension is the loss of jobs and business opportunities by several millions of young Nigerians who daily depend on indirect jobs and businesses associated with the telecoms sector, experts have opined.

Recall that young Nigerians had prior to the current development set up at strategic places in cities and towns selling and registering mobile SIM cards. This had helped scores of young people to stay off the unemployment circle, as Mobile Network Operators (MNOs) subcontracted the sale and registration of new SIM cards to outfit the young people work for.

But industry ‘’watchers’’ believe that with the suspension, these young Nigerians have gone back to the labour market, and many probably to the ‘’conditions they prayed they never went to again.’’

To drive the message home properly, telecoms dealers in the Northern part of the country recently lamented that about two million young Nigerians have been rendered jobless due to the suspension policy of the Federal Government.

The dealers under the auspices of the Arewa Telecom Operators Agents and Simcard Dealers Association (ATOASDA), had said at a press briefing in Kaduna that the suspension and the attendant loss of two million jobs have grave implications that may further compound the security challenges the nation is facing.

Hassan Yakubu, the President of the association said: “We are fully in support of the FG measures to protect the lives and properties of the citizenry.

“However, the federal government must thread carefully considering that, all available research works on the causes of insecurity across the country have been linked primarily to youth unemployment.”

Yakubu also noted that the income of telecoms business partners, staff and the agents, who are predominantly young Nigerians, depended largely on the number of activations /SIM registration carried out within the month.

He said further: “The suspension of SIM card registration may trigger another worse form of insecurity especially in zones most affected by the insecurity. In fact, the growth in the Telecom sector is determined by the very sub-sector that was suspended and the much celebrated 17% contribution by Telecom sector on the GDP was as a result of the activities of the sub-sector under suspension.

“We, therefore, wish to advise that, the Federal Government can still achieve the desired result as well as avoid creating more problems in an attempt to solve a problem if the suspension is revised immediately to avoid the danger the suspension may expose the youth.”

A policy analyst, Mr. Shogo Adeyemi, in a chat with DAILY POST, argued that the suspension of new SIM card sale, registration and activation was ill-advised.

According to him, government should have looked at the large number of young Nigerians that are involved in this telecoms sub-sector before implementing the policy and the implications of pushing them back to the streets.

“Before the suspension ordered by the federal government through the NCC, it was common knowledge to see young Nigerians at every major business hub, bus stops and street corners, hawking new SIM cards and also registering new subscribers with equipment supplied by the MNOs. These young people were making ends meet on a daily basis. With this, they were able to provide for themselves and whatever dependants they may have. However, the suspension put an abrupt stop to their means of livelihood, a situation that must have visited untold hardships on them and their dependents.

“Aside the economic implications of the loss of these jobs and business opportunities, as many of these young people were actually entrepreneurs, there are also the attendant security implications, which government is not looking at. It is good you want to audit the subscriber database and link NIN to the SIMs, but government never thought of the implications of taking away the livelihoods of millions of young Nigerians. They failed to appreciate the role the sub-sector has played in taking many youths away from the streets and from crime and other vices. Stripped of the chance of making a living legally, some of these people may have no option than to take to crime”, Adeyemi said.

When DAILY POST visited some areas in Lagos, they were hitherto major hubs for the sale and registration of SIM cards in Lagos, it was discovered that none of those who provided such services was on ground, except those who also sold recharge cards as part of the business. For places like Ikeja Bus Stop, Computer Village in Ikeja, Berger Bus Stop and Ojota Bus Stop, it was no longer business as usual.

However, an IT Consultant, Mr. Tunde Sosina, argued that though it is no longer business as usual at the places that served as major hubs in time past, it remains the usual for MNOs, who he said have continued to register new SIMs at their offices.

According to Sosina, a discreet visit to the offices of the MNOs, especially their sales and customer service centres, anyone willing to get a new SIM card will get it.

“It is true that the boys and girls who were providing the services, sales, registration and activation of new SIMs are longer on the street but that does not say new cards are not being sold, registered and activated. It has only moved away from the streets to the offices and that is the fact”, Sosina said.

On allegations that the suspension of the sale, registration and activation of new mobile lines has affected the issuance of new electricity prepaid meters, Sosina said that is far from the truth.

“Of course, people are still getting their meters. A friend of mine got his and it was installed in the month of January and many more people are doing the same, especially under the federal government’s free prepaid meters scheme,’’ he said.

Speaking further on how the suspension had affected the car tracking business in the country, Mr. Sosina said it is a 50-50 situation, and the implication of the suspension on the sector is not cast in gold.

According to him, if a car owner wants to install a tracker on his car using his existing number, then he can go ahead and do that without hindrance.

“Using your old or existing number for your car tracker is possible without any hindrance but if you want a new dedicated number, there is where the issue is. Except you belong to the group of people that circumvent the system, you may have to wait until the suspension is lifted.”

The IT consultant, however, believes that those who subscribe to comprehensive insurance policy for the car may be more hit by the effect of the suspension on the car tracking business.

According to him, when the tracking comes as part of the package from your insurers, a new dedicated number may be insisted on, which officially for now is not available.

“Insurance companies are expected to insist on a dedicated new number for your tracker under normal circumstances, which may pose a major obstacle at the moment. So the suspension equally has its implications for the car tracking business, just as it does on some other areas and not just on employment,” Sosina submitted, admitting, however, that the policy, if well carried out has far greater advantages for the security of the country.