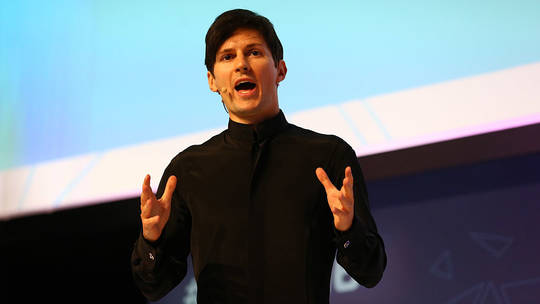 Pavel Durov, the executive director and founder of Telegram, one of the world’s most popular messaging apps, has said a proposal to ban cryptocurrency mining and crypto-related transactions via Russian financial services would lead to an inevitable outflow of IT specialists.

The ban, which has been touted by Russia’s central bank, would also destroy a number of sectors in the high-tech economy, the billionaire said, noting that no developed country has prohibited cryptocurrencies.

“Such a ban will inevitably slow down the development of blockchain technologies in general,” Durov said in the post shared on his Telegram channel and on VK, Russia’s most popular social media platform.

“These technologies improve the efficiency and safety of a wide range of human activities, from finance to the arts.”

READ MORE: Nine countries, including China, have banned cryptocurrency completely, and another 42 have instituted restrictions making it extremely difficult to use.

Earlier this week, the Central Bank of Russia called for the issuance, circulation, exchange, and trade of cryptocurrencies and stablecoins to be prohibited, as well as banning the organization of these operations on Russian soil.

The 37-year-old billionaire highlighted that “Russia’s neighboring states, from Ukraine to Uzbekistan, are adopting advanced laws and regulations related to the blockchain sector, as they are not willing to be left behind technological and economic progress.”

According to Durov, Russia is one of the world’s leading nations when it comes to the number of high-end professionals working in the blockchain industry.

“Thoughtful regulation will allow the country to balance the distribution of forces in the international financial system and become one of the major players in the new economy,” he added.

The businessman admitted that regulatory drive is natural for state authorities when it comes to the circulation of cryptocurrencies, but a total ban on assets of this kind is throwing “the baby out with the bathwater.”

“The step could hardly stop unconscientious participants, but it will put an end to legal Russian projects in the area,” Durov said.