As the lockdown enters day two, most businesses in various towns remain closed and the capital Kampala is deserted. 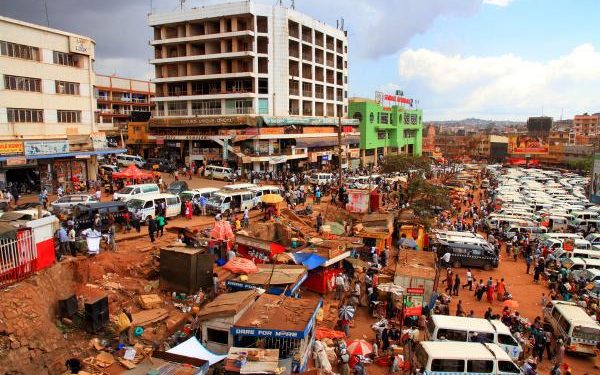 Following the suspension of public and private transport (except vehicles for cargo and essential services), majority of people do not have means to go to the city or other distant destinations.

Ms Ruth Namiru, a fruit vendor, says she has to sleep at the home of a friend who stays nearby to be able to access town and make a living for her children.
“My home is in Gayaza and it’s very hard for me to come to town early. There is a friend of mine, who travelled to Kenya; that’s where she stays, she left her house in Kololo for me. For the meantime that’s where I stay,” Ms Namiru said.
Closed shops, empty boda bodas stages, deserted shopping malls, arcades and streets, closed restaurants with a handful of people roaming the empty streets describe what the city looks like today.

However some financial institutions that were found open such as Bank of Baroda on Dewinton Road barely had any customer by the time of our visit.
The situation was the same at the few shops and pharmacies that were open.
On Monday this week, President Museveni suspended the use of private vehicles and imposed a night curfew.

The President said although exemptions had earlier been made to allow private cars carry only three people, some people turned their cars into taxis, increasing the risk of spreading the virus.
There are security roadblocks in the city as traffic officers intercept private cars without Ministry of Works and Transport stickers allowing them to operate.

Impact on economy
Following the closure of shopping malls, arcades, hardware shops, which he said gather a lot of people to sell and buy non-food items, for 14 days, most people we interacted with say the move would hurt the economy, but will help curb coronavirus.
“This disease that has no cure, it is better we stay home. Even if we defy how is it going to help us any way,” Mr Eddie Mukama, a mobile money attendant, in Kampala said.