Tobacco is the second biggest earner of foreign exchange after gold, and last year generated $747 million in exports mainly to China and Europe, according to central bank data. 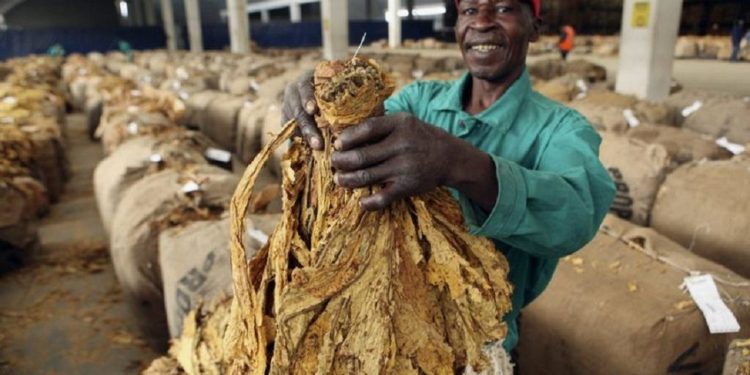 Zimbabwe farmers started selling their tobacco crop on Wednesday after the coronavirus outbreak delayed the opening of auctions, which provide vital foreign currency inflows, by more than a month.

Industry regulator Tobacco Industry and Marketing Board (TIMB) said production was expected around 230 million kilogrammes after rain cut the area planted by 12% and fewer growers planted the crop compared to last year.

The crop before us was generally grown under grim weather conditions characterized by late rains and long dry spell.

Farmers, who produced an all time high of 259 million kgs of tobacco last year, sell their crop to tobacco merchants, who process the crop for export.

“The crop before us was generally grown under grim weather conditions characterised by late rains and long dry spells,” Pat Devenish, the TIMB chairman said at a ceremony to mark the beginning of the tobacco selling season in Harare.

After a drought last year, poor rains this season and the coronavirus outbreak, humanitarian aid groups say Zimbabwe faces a catastrophe, as more than half the population require food aid.

To prevent the spread of the coronavirus, TIMB has banned informal traders from selling goods at auction floors.

Farmers will not be allowed to sleep outside the auction floors while waiting to sell the crop as has happened in the past.

Devenish said farmers would be allowed to retain half their earnings in dollars and the remainder in local currency.