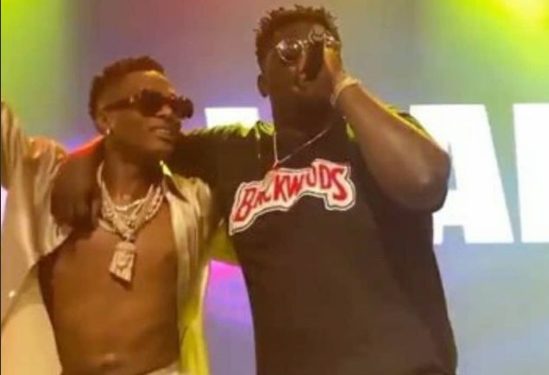 Speaking as the headline Artist during the Flytime Music Festival in Lagos he made this known.

After an energetic performance with Wande Coal on stage, Wizkid asked his fans to celebrate the Bumper to Bumper crooner for inspiring him.

“That’s the man that inspired me. You all should make some noise for Wande Coal, “

“He let me sleep in his room when I had nowhere to go. I just want to say a big thank you to that guy. That’s a very special human being.”

Of ‘course the Adoring fans were delighted at the revelation and cheered  Wande Coal on.