Rebalancing diets to include more plant-based foods would reduce the cost of diets and lower health and environmental costs. 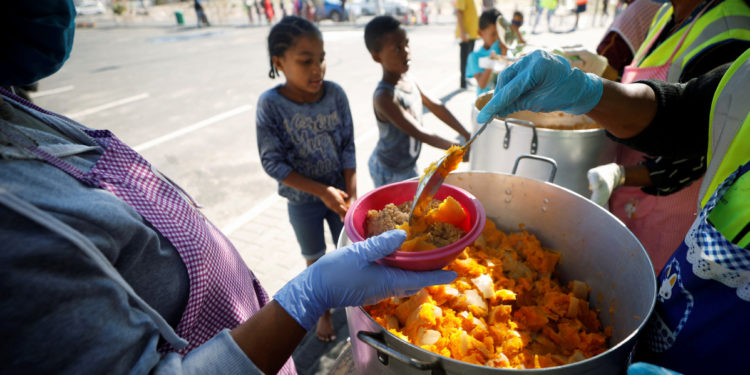 Africa is not on track to meet the Sustainable Development Goal target which aims to end hunger and ensure access by all people to safe, nutritious and sufficient food all year round. The number of hungry people on the continent has risen by 47.9 million since 2014 and now stands at 250.3 million, or nearly one-fifth of the population.

This was revealed at the unveiling of the ‘Africa Regional Overview of Food Security and Nutrition 2020’ report on Wednesday. The report’s central message was Africa’s agri-food systems must be transformed to make healthy diets more affordable for Africans. It was launched by the Food and Agriculture Organization of the United Nations, the UN Economic Commission for Africa and the African Union Commission.

The report shows the food system in Africa does not provide food at a cost that makes nutritious food affordable to a majority of the population, and this is reflected in the high disease burden associated with maternal and child malnutrition, high body mass, micronutrient deficiencies and dietary risk factors.

In his statement to mark the unveiling, Abebe Haile-Gabriel, FAO assistant director-general and regional representative for Africa, said a common vision, strong political leadership and effective cross-sectoral collaboration, including the private sector, are essential to identify and implement sustainable solutions to transform agri-food systems for healthy, affordable diets.

“Poor nutrition outcomes are mirrored in poor diets, which in turn are a reflection of current food systems which, through the availability, cost and affordability of nutritious food, are key determinants of consumption patterns and therefore also of nutrition outcomes,” Haile-Gabriel said.

At the country level, progress has been mixed, but mostly slow according to the report. Only three countries, Eswatini, Kenya and Sao Tome and Principe, are on course to meeting four of the five targets that are measured. Three other countries, Ghana, Lesotho and Rwanda, are on track to meeting three targets.

The report further states current food consumption patterns in Africa impose high health and environmental costs which are not reflected in food prices. Including these costs would add $0.35 to each dollar spent on food in sub-Saharan Africa.

Rebalancing diets to include more plant-based foods would reduce the cost of diets and lower health and environmental costs. Compared to current average diets, diets that are more plant-based would reduce the full cost of diets, including health and environmental costs, by 11 to 21 percent in low-income countries across Africa.