African countries are not ready for COVID-19 mental health issues

“A second pandemic of mental health problems related to COVID-19 is coming and we are not ready.” Yuval Neria, Columbia University 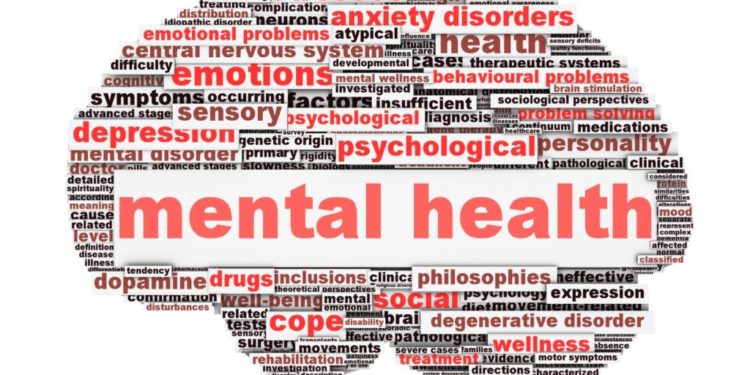 Fear, isolation and stigma are impacting the mental health of Africans during the coronavirus disease 2019 (COVID-19) pandemic, scientists say. For a continent with a history of epidemics such as HIV and Ebola, these issues are re-emerging to contribute to COVID-19’s spread and a mental health crisis.

“There is a deep-seated misunderstanding of the unknown that we are currently experiencing, and that’s driving a stigma attached to COVID-19,” said Lochandra Naidoo, President of the South African Federation for Mental Health, in an interview with SciDev.Net on 16 April 2020.

Naidoo likens the continuing issue to the early days of the HIV/AIDS epidemic, “At the early stages of the HIV epidemic, there was a fear of getting tested because of the stigma,” he said.

“A second pandemic of mental health problems related to COVID-19 is coming and we are not ready.” Yuval Neria, Columbia University

“We’re seeing the same thing now. People do not identify themselves as being at risk of COVID-19 or possible sources of contact because of the stigma from others in their communities,” Naidoo explained.

Ncebakazi Willie, a 27-year-old survivor of COVID-19 in a rural community in the Eastern Cape of South Africa, told SciDev.Net: “I was having an emotional breakdown, and it affected me and my family. People started calling my son ‘corona kid’ and they called my house ‘corona house’.

Willie says that she felt anxious and became afraid from the moment she was tested for COVID-19. These feelings continued throughout her positive test results and a 14-day isolation period.

“I was scared because people are dying from this. It’s a deadly disease,” she says.

According to Matshidiso Moeti , WHO Regional Director for Africa, at least 50 per cent of people with depression do not receive treatment and in Africa the lack of information, stigma and cultural issues are significant barriers that prevent people from seeking help.

Yuval Neria, a professor of medical psychology at the US-based Columbia University, says there are also parallels between the mental health impact of COVID-19 and what was seen during African Ebola outbreaks

His research looked at the 2014-16 Ebola outbreak in West Africa, which was the largest, longest and deadliest since Ebola was discovered. It found that those who contracted Ebola experienced fear and depression, and stigmatisation from their communities.

“Nearly 50 per cent of families, survivors and those who had contact with survivors of Ebola had PTSD and depression,” Neria says.

There is a worrying lack of counselling for people in isolation. “We need a model where governments create isolation facilities that support mental health needs with clinicians, clergy and the mental health community,” says Naidoo.

This is particularly concerning for a region where there is already a shortage of skilled caregivers. According to one study, Africa has 1.4 mental health workers per 100,000 people compared to a global average of nine workers.

Saths Cooper, president of the Pan-African Psychology Union, attributes the lack of attention to mental health issues to the ailing health systems of many African countries.

“There are poor health systems in general on the continent, and that pushes mental health to the lowest order on the spectrum,” he says. “The result is a lack of education and preparedness in order to identify and deal with mental health issues during a crisis.”

The ailing health system will have an impact not just on those at risk of COVID-19 but Africa’s general population as well.

Compounded by pandemic-driven restrictions on daily life including social distancing and lockdowns, there is little chance people will be unaffected, says Cooper.

“A second pandemic of mental health problems related to COVID-19 is coming and we are not ready,” said Neria.