Authorities announced a 1-billion-euro ($1.14-billion) vaccine lottery on Thursday, the same day the Austrian Parliament voted on a controversial law that would make vaccination compulsory. 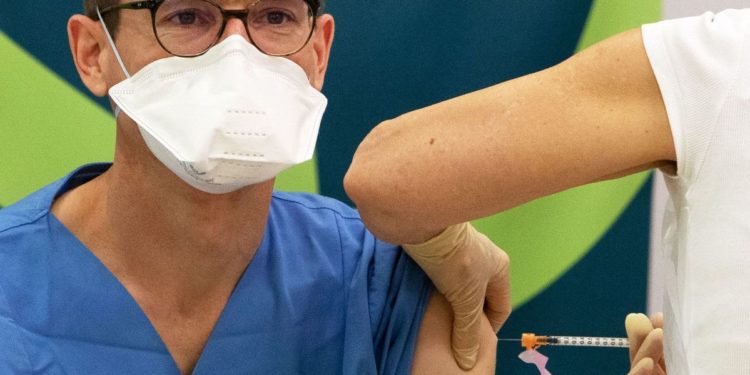 The Austrian government is offering citizens both the carrot and the stick in a bid to raise COVID-19 vaccination rates, introducing potential fines for the unvaccinated and cash prizes for those who get the jab.

The law, which was expected to pass with a large majority, would make Austria the first European country to mandate vaccination for all adults.

Italy and Greece have introduced penalties for unvaccinated people older than 50 and 60 years respectively, and the Vatican also has a vaccine mandate for employees and visitors.

Under the new rules in Austria, unvaccinated adults older than 18 can expect a fine of 600 euros starting in March. Some medical exemptions apply, and pregnant women or those who have had COVID-19 in the last six months will also avoid fines.

The bill is likely to pass, with support from four of the five political parties represented in the Austrian Parliament, including from the ruling two-party coalition.

Only one party, the Austrian Freedom Party, opposes the mandate, which has proven divisive among the public. Tens of thousands of people gathered last month in Vienna to protest against the measure, arguing that vaccination should be a personal choice.

Austria is battling to control the spread of the Omicron variant of the novel coronavirus, which led to a record high 27,677 COVID-19 cases being identified on Wednesday, according to the Austrian Ministry of Health, which forecasts that daily infections are set to peak at 40,000 next week.

The government is eager to improve its vaccination rate, which is below the regional average. Around 75 percent of people are fully vaccinated in Western Europe, compared to 71.8 percent in Austria, according to data provided by the COVID-19 vaccine tracker from the European Center for Disease Prevention and Control.

Chancellor Karl Nehammer said on Thursday the government has set aside 1 billion euros to fund a COVID-19 vaccine lottery. Under the initiative, people who get the jab will qualify for a ticket, and every 10th ticket wins a 500-euro voucher.

People who have already been vaccinated can claim a ticket for each shot they have received, meaning those who get a booster vaccine would qualify for three tickets.

Nehammer said the vouchers can be spent on retail, tourism, and hospitality services, as well as on cultural and sports events.

“We have learned from the past and we have seen that a vaccination lottery is the best possible way to set up such a system,” he told reporters.