The Cross River State Government has received a total of 53, 840 Astrazeacca vaccines for the state 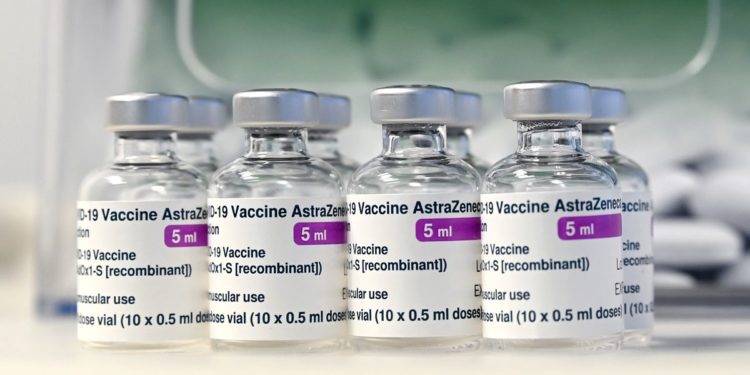 The vaccines, which arrived in the state at about 4.50 pm on Wednesday, was offloaded from a private cargo jet that came in from Enugu State.

Disappointingly, newsmen and other workers of the Ministry of Health as well as some COVID-19 members were barred from entering the Margaret Ekpo International Airport to witness the off loading of the vaccines

However, the Commissioner for Health, Dr. Betta Edu while briefing newsmen at the airport shortly after receiving the vaccines, said, “Cross River State COVID-19 vaccines have finally arrived in the state.

“We have just received it, the Speaker of the State House of Assembly Hon Eteng Williams, myself, Dr Betta Edu, DG Primary Health Care, Dr Janet Ekpenyong, Permanent Secretary, Ministry of Health and others were on ground to receive COVID-19 Vaccines at the Margaret Ekpo International Airport, it came in from a private cargo jet

“The vaccines are in good form and were received in the cool boxes and they came with all the medical consumables and other accessories which would be required to administer the vaccines,” Edu stated.

Edu also said that the state has compiled all the lists of health workers in Cross River State and we would be starting with health workers and strategic leaders including those who are able to influence others under them to take the vaccines.

“For instance, governor can take it, it’s safe and healthy, the deputy governor, the speaker, local government chairmen, EXCO, members of the state House of Assembly, traditional rulers, traditional rulers’ councils, Christian Association of Nigeria Leaders and also those in the Islamic Association of Nigeria, these are strategic leaders who can influence other people under them to take the vaccines

“We will give the vaccines from tomorrow to health workers so that we remove any form of political or class attachment to it, we want to ensure equity in the distribution of this vaccines, those who work in Isolation centres, those who work in the laboratory and who test COVIC-19 patients and other highly exposed people,” she pointed out.