Covid-19: Equatorial Guinea is the first African country to use the Remdesivir drug in severe patients due to Coronavirus

Equatorial Guinea is the first African country to include these drugs in its strategy to fight Covid-19, Vice Minister of Health has described the action of Vice President Nguema Obiang as heroic. 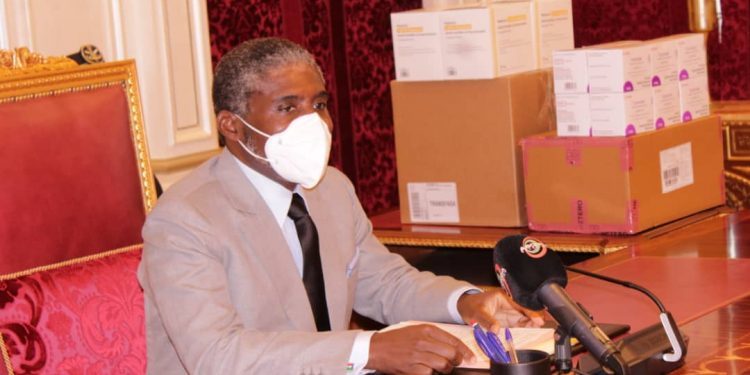 MALABO — The Technical Committee has received more support from the president of the Political Committee for the Fight and Surveillance of the new coronavirus. The Vice President of Equatorial Guinea, Teodoro Nguema presented two new drugs last month, on July friday the 10th, at the Malabo people’s palace. These are 1000 doses of remdesivir and 5000 of enoxeparin, drugs that come to join the fight against the coronavirus in the country.

In recent days, the new drug presented by the Vice President of the Republic has generated controversy in the world pharmaceutical market due to its price. The treatment costs US $ 3,200, equivalent to around 2 million CFA francs. However, the Equatoguinean Government, in its eagerness to safeguard the health of its fellow citizens, has spared no effort to achieve this.

The Malabo executive has acquired a total of 1,000 doses of remdesivir and 5,000 of enoxeparin, drugs that according to the vice minister of health will be used for patients who are admitted to the intensive care unit for coronavirus.

Equatorial Guinea is the first African country to include these drugs in its strategy to fight Covid-19, Mitoha Ondo Ayecaba has described the action of Nguema Obiang Mangue as heroic.

Apart from these drugs, Nguema Obiang Mangue has also announced the arrival of 300 thousand rapid tests (already in place) that joined the PCR that are already used to know the status of Covid-19 in the country.