The Democratic Republic of Congo reported its third new case of Ebola on Monday, a seven-year-old girl who had visited the same health center as the two previous cases in the city of Beni. 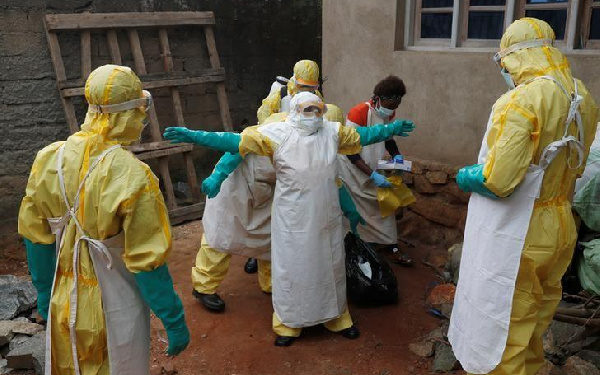 The trio had visited the Horizon Healthcare Centre in Beni.

The WHO earlier Monday said it had set up Ebola vaccination centers in Beni a day after a second virus-linked death in the country’s northeastern region.

For the last few weeks, no new cases have been reported until last Friday, when a 26-year-old man died of Ebola in Beni.

As a result, the government was unable to declare an end to the Ebola outbreak on Monday as hoped, said WHO Director-General Tedros Adhanom Ghebreyesus.

The recent outbreak, declared in August 2018, has claimed more than 2,200 lives with 3,310 people testing positive.

Last Friday, the Congolese government wondered how the first case, an electrician, contracted the virus as he had no known contacts with other Ebola patients and was not a survivor of the virus who could have relapsed.