How malaria increases death risk in COVID-19 patients, by experts

As the world grapples with the novel Coronavirus (COVID-19) pandemic, experts have warned that malaria infection is increasingly responsible for Nigerians dying from the pandemic and vice-versa, since about 97 per cent of the population is at risk of the mosquito-borne infection. 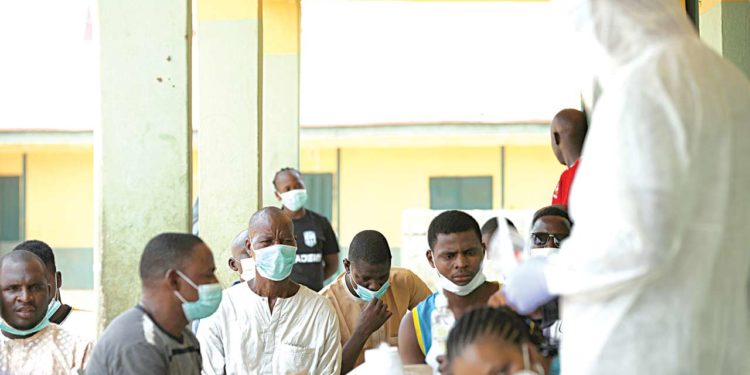 They are worried that the focus on the containment of COVID-19 has led to neglect of the control of other important diseases, especially malaria, which may lead to the loss of the gains made over the years, saying disruptions to insecticide-treated net campaigns and lack of access to anti-malaria medicines could lead to a doubling in the number of malaria deaths in sub-Saharan Africa this year, compared to 2018.

This is just as the Nigeria Medical Association (NMA), lamented the refusal of some VIPs in the society to report to and be admitted at isolation and treatment centres for treatment, but would rather prefer to stay at other non-accredited facilities, thereby making healthcare workers very vulnerable to contracting the disease.

The NMA insisted that none of the infected healthcare workers or those that died contracted the disease at an isolation and treatment centre, but in general public and private health facilities while treating patients, many of whom refused to disclose important medical/travel information that would have increased the suspicion and facilitate early diagnosis of COVID-19 infection. It, therefore, urged its members to consider everybody presenting at the hospital for any ailment as potential COVID-19 patient until proved otherwise.

In a statement signed by its President and Secretary General, Dr. Francis Faduyile and Olumuyiwa Odusote, respectively, while appealing to government to expedite action on distributing PPEs to public and private hospitals without delay, the NMA advised Nigerians to as much as possible, avoid self-medication, but rather report to healthcare facilities, as malaria and COVID-19 share similar symptoms.

It also charged households to clear out drains and bushes around their homes and continue to sleep under insecticide-treated nets and observe all precautionary measures to protect themselves from mosquito bites.

As world attention is currently fixated on the ravaging COVID-19, the association called on governments at all levels not to de-prioritise the programmes and activities aimed at eradicating malaria, but deploy more resources towards a malaria-free Nigeria.

To address the declining focus on malaria treatment, medical experts, including the World Health Organisation (WHO) and pharmacists, under the aegis of Pharmaceutical Society of Nigeria (PSN), yesterday, ahead of today’s World Malaria Day (WMD), with the theme: “Zero Malaria begins with me,” said they were upscaling their acts in the prevention and treatment of malaria since it is a risk factor and could increase the case fatality of COVID-19.

They stressed the need to aggressively tackle the virus, while also ensuring that other killer diseases such as malaria are not neglected, urging countries to ensure the continuity of malaria services in the context of the pandemic, provided that best practices to protect health workers and communities are followed.

PSN President, Mazi Sam Ohuabunwa, said Plasmodium falciparum is the most prevalent malaria parasite in Nigeria, accounting for 99.7 per cent of estimated malaria cases, adding that children under the age of five years, pregnant women and immune-compromised persons are most vulnerable.

Ohuabunwa said as COVID-19 challenges the entire world, the importance of strong health systems to fight deadly infectious diseases like malaria cannot be over-emphasised, saying continuous improvement against malaria can only be achieved with increased investment, and WMD presents an opportunity to remind world leaders of their commitment to end this preventable and treatable disease.

According to a new modeling analysis released by WHO and partners ahead of WMD, severe disruptions to insecticide-treated net campaigns and access to anti-malaria medicines could lead to a doubling in the number of malaria deaths in sub-Saharan Africa this year; hence it urged countries to move fast and distribute malaria prevention and treatment tools at this stage of the COVID-19 outbreak in the region and to do their utmost to safely maintain these essential malaria control services.

The WHO said mass vector control campaigns should be accelerated and deployed in ways that protect health workers and communities against potential COVID-19 transmission.

According to WHO’s World Malaria Report of December last year, Nigeria came from almost 153, 000 deaths in 2010 to about 95 000 deaths in 2018, accounting for almost 24 per cent of all global malaria deaths.