The number of clinical officers who have been infected with Covid-19 has risen to six, according to the Kenya Union of Clinical Officers (Kuco). 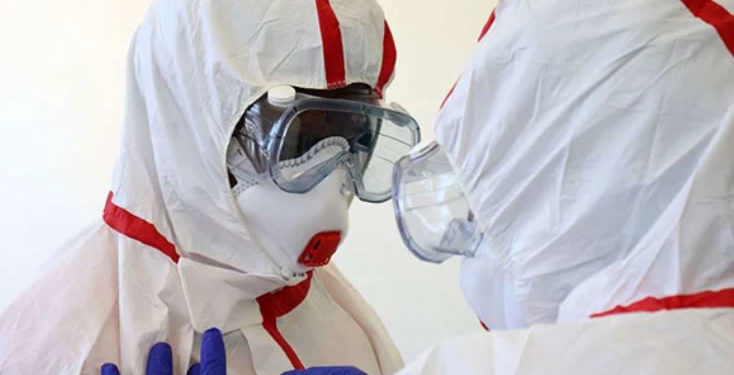 Addressing the press in Nairobi on Friday, Kuco Secretary General George Gibore said the six are undergoing treatment but protested that their treatment had not been made a priority despite their vital role in combating the pandemic.

A survey carried out by the union shows that an estimated seven out every 10 or 68 per cent of health workers in public health facilities have not been trained on how to handle the Covid-19 pandemic.

According to Mr Gibore, the survey on the working conditions and preparedness in the country’s public, private and faith-based facilities was carried out between April 3 and 6, 2020.

“As a union, we conducted the survey to assess the working environment and preparedness to fight Covid-19 in the healthcare system. The survey involved 46 counties and the respondents were drawn from all cadres of healthcare service including doctors, nurses, laboratory technologists, among other frontline health workers,” he said.

Among the key findings of the survey was the lack of formal training on Covid-19 in at least seven out of ten health workers.

“A worrying finding was that 68.4 per cent of workers have not been trained on how to put on and remove personal protective equipment (PPEs), while 58 per cent do not know of the required PPEs available at their places of work,” he said.

He said the survey had established that up to 90 per cent of the staff had received masks with 57 per cent receiving gloves.

Commenting on the shortage of masks and gloves, Mr Gibore said the trend had contributed to six of the union’s members contracting Covid-19 while on duty.

“This trend of shortages is worrying considering that Covid 19 is mainly spread through droplets and aerosol-based infections. It poses a great risk of infection to health workers, no wonder we have at least six clinical officers confirmed with Covid-19,” he said.

Mr Gibore said almost nine out of every 10 health facilities were not providing masks to patients with respiratory conditions, meaning they were doing little to prevent them from infecting others.

“From our findings, we have also discovered that 85 per cent of the facilities are not giving patients with respiratory conditions face masks when they come for medical attention. A further 75 per cent of the respondents reported their facilities as lacking a room or wing set aside for Covid-19 testing,” said Mr Gibore.

The survey also found that 68 per cent of health staff were facing transport challenges due to the recently imposed curfew. He attributed this to lack of proper identification badges among an estimated 56 per cent of health workers.

Mr Gibore asked the government to speed up the process of employing the 1,000 extra staff it pledged two weeks ago.

President Uhuru Kenyatta recently announced that the government would hire 1,000 extra staff to boost healthcare service delivery in the country in the wake of the Covid-19 crisis.

So far, 189 cases have been confirmed locally, with seven deaths and 22 recoveries reported.