Two more people in Kenya have tested positive for the coronavirus, raising the country's total number of confirmed cases to 191. 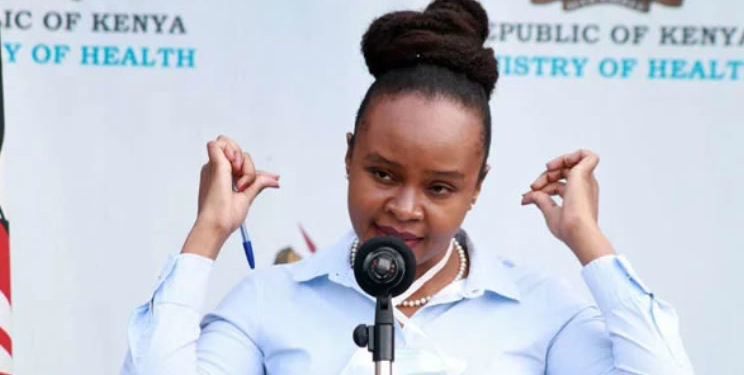 The Health ministry announced this in its daily update on Saturday, saying one of the new patients was a Kenyan and the other a foreign national.

One of the cases was reported in Nairobi County and the other in Mombasa, following the testing of 491 samples over the last 24 hours.

Dr Mwangangi said the foreign national had no history of travel.

She said the two new patients were two and 32 years old that of all the cases, 109 were male and 82 female.

The ministry also reported that two more patients had been discharged from hospital, raising Kenya’s total number of recoveries to 24.

The Covid-19 disease originated in Wuhan, China, where the first case was reported on December 31, 2019.

Since then, it has killed at least 103,789 people worldwide.

At least 1,714,480 infections and 388,577 recoveries have been reported globally, according to Worldometer’s count on Saturday.

Meanwhile, Kenya has written to China following complaints of forced evictions and racial discrimination amid sterner measures to contain spread of the virus there.

Kenyans living in China on Friday spoke of long nights in the cold, racial discrimination in shopping malls and retail outlets and attacks on public transport in the aftermath of the coronavirus outbreak, which originated in the Asian country.

As China eases limits on the movement of people, a dark side is emerging from its numerous cities, where residents of African descent have been kicked out of apartments on accusations of spreading the virus.

In a statement on Friday, Kenya’s Foreign Affairs ministry said it had raised the complaint with Beijing and had been assured of a review.

The ministry asked all Kenyan citizens in China to remain in touch with the embassy in Beijing, either directly or through their Kenyan community leaders.

“Our embassy in Beijing remains available to attend to any challenges that may arise and to do so in liaison with the Chinese authorities,” the ministry said.

It added, “In view of this commitment and cooperation, we expect an early and comprehensive resolution of this matter to the benefit of Kenyan nationals in China.”