Just a couple of days before the world and the Democratic Republic of Congo officially declare an end to the nightmarish Ebola outbreak, the country has confirmed a new case of the epidemic, after 52 days without a new transmission. 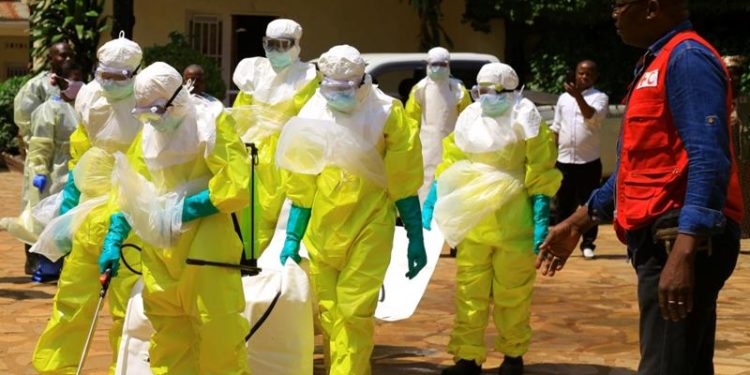 According to a statement from the riposte committee against Ebola virus, the new case was identified this Friday in the virus-wrecked Beni district of the Nord Kivu province which borders Rwanda to the west.

Preliminary investigation revealed the case being of a man aged 26.

Following a teleconference by the International Health Regulations Emergency Committee on Ebola in DRC this Friday afternoon, on his Twitter account, the World Health Organization (WHO) confirmed the tragic news.

It’s head, Dr. Tedros Gabre said, as a result, that the Congolese government will not be able to declare an end to the Ebola outbreak as earlier envisaged on Sunday, April 12, as previously expected.

“But WHO remains on the ground and committed as ever to working with the government, affected communities and our partners to end the outbreak,” Tedros relieved.

As the disease has been dying down in the last two months, DRC had tuned in to fighting the COVID-19 pandemic while measles earned the “silent killer” tag.

According to recent data – dated April 6, Ebola had rampaged three easternmost provinces of Ituri, Nord Kivu and Sud Kivu, killing a total of 2,273 people and recording a fatality rate of 66 percent.

Since August 2018 when Ebola epidemic started on the country, confirmed cases had amounted to 3,453 while suspected cases were 143, according to the WHO’s branch in DRC. So far, only 646 recoveries have been confirmed.

Now, during the sixth case-free week, the central African nation had victory over Ebola on the table. Some of the healthcare works fighting the epidemic had begun going back to their lives.

In January 2019, a few months after Ebola engulfed the Eastern DRC, measles broke out on a rampage under Ebola’s shadow.

Three days ago, Al Jazeera reported that the disease had infected more than 341,000 people and killed some 6,400, almost three times as Ebola fatalities in the same scope of time.

Meanwhile, on March 10, 2020, the first case of the new coronavirus Kinshasa, the capital city of DRC. To date, 215 cases have been diagnosed positive, with 20 fatalities and 13 recoveries.