The Emir of Kaura-Namoda in Zamfara State, Alhaji Mohammed Ahmad Asha, died in the early hours of Sunday, 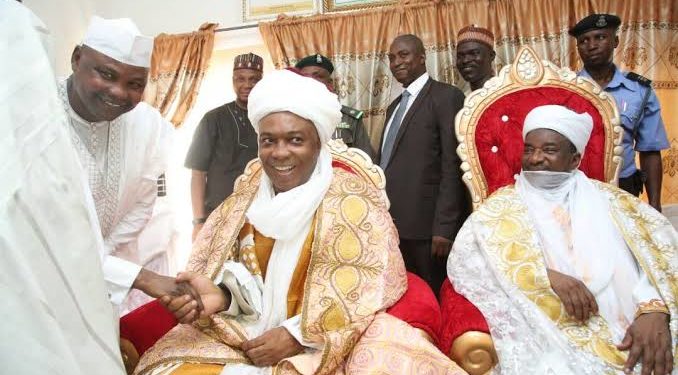 He was said to have died of suspected coronavirus-related complications.

The Emir, according to the Publicity Secretary for the Control and Prevention of COVID-19 in the state, Alhaji Mustafa Jafaru Kaura, had been in isolation at the Yariman Bakura Specialist Hospital, Gusau three days ago.

Mustafa stressed that his blood sample had been sent to Abuja for the COVID-19 test, explaining, however, that “the result is still being awaited”.

He said the remains of the late Emir were still in the hospital waiting for burial by officials of the Nigeria Centre for Disease Control.

Aged 71, the late Emir was appointed in 2004 by the first civilian Governor of the state, Alhaji Sani Yariman Bakura.

Until his appointment, he was an accountant, Auditor, and Director Finance at Kaura Namoda, Gusau, Bukkuyum local government councils respectively, and a Village head of Nasarawar Mai-layi in the year 1975.

He became senior District Head (Chief) of Kaura Namoda in the year 2000, a position he held until his appointment as the second Emir of Kaura Namoda.