Rwanda crosses the 100 mark, no patient in critical condition

The Ministry of Health on Saturday recorded 13 new coronavirus cases, taking the total of those diagnosed with the virus to 102. 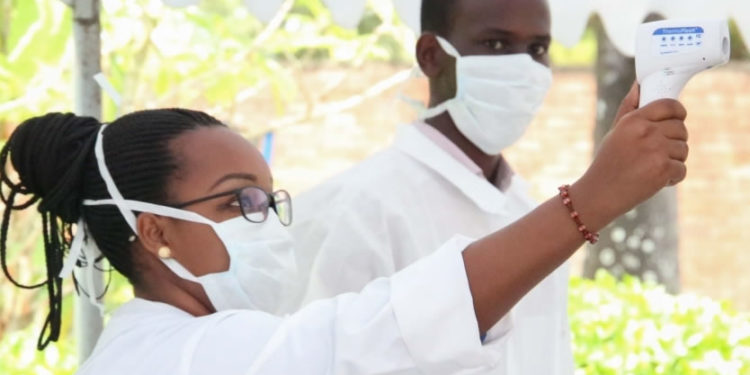 The new cases include two travellers from Dubai, two travellers who arrived from Turkey and the other nine cases that are contacts of previously confirmed positive cases who were identified through tracing.

So far, Dubai continues to remain the main source of most cases that have been positively diagnosed in Rwanda.

All the patients, according to a statement from the Ministry of Health, have been isolated, adding that all of them are in stable condition in a designated health facility.

“Majority are asymptomatic, and no patient is in critical condition,” reads part of the statement.

The Minister of Health recently said that the first group of patients are likely to be discharged at the end of this week.

The Ministry of Health also called for heightened vigilance among Rwandans and rigorous observance of the enhanced prevention measures announced by the government of Rwanda.

Similarly, as the number of COVID-19 cases increase, the government has taken several measures to mitigate the spread of the pandemic, the recent being the extension of the initial two-week lockdown, for more 15 days.

The current lockdown will go through April 19.