An mRNA vaccine is a type of vaccine that uses a copy of a molecule called messenger RNA (mRNA) to produce an immune response. 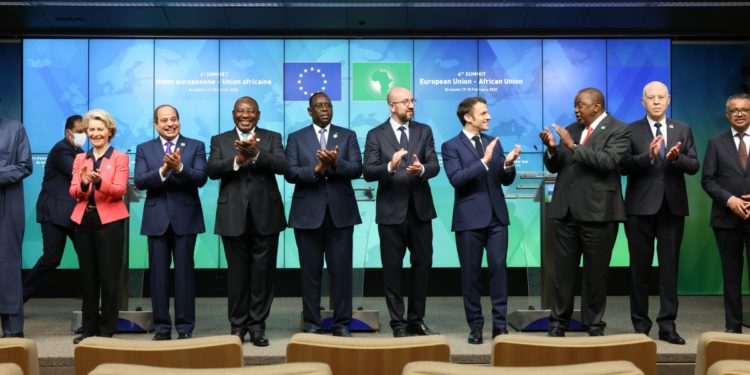 The announcement marks a major step forward in the development of mRNA vaccine technology in Africa, a goal of the continent’s leaders. This has been sharpened all the more by the pronounced vaccine inequality that ensued following the onset of the Covid-19 pandemic.

Under the initiative’s hub and spoke model, a hub was established in Cape Town, South Africa, made up of Afrigen Biologics, the South African Medical Research Council (SAMRC) and Biovac, a South African vaccine producer, which is also the program’s first spoke.

Afrigen’s mandate is to establish mRNA vaccine production technology. SAMRC is providing the research, while Biovac is the first manufacturing spoke.

The hub will share technology and technical know-how related to the production and licensing of mRNA vaccines with local producers in the six newly announced “spokes.”

Speaking at the press conference to announce the development, President Uhuru Kenyatta of Kenya said: “As one of the region’s leaders also in biomedical research, Kenya is truly honored today to be listed as one of the beneficiary countries of the mRNA technology transfer program. And this is a testament to the caliber of the scientists present within our institutions, across our region and indeed the entire continent.”

President Macky Sall of Senegal said: “This is a great day for Africa, for Europe and for our summit.”

President Kais Saied of Tunisia thanked the initiative’s partners, saying: “Tunisia will be up to the challenge as one of the producers.”

The global mRNA technology transfer hub initiative’s partners are WHO, the Medicines Patent Pool, the Act-Accelerator/COVAX, the African Union, and the Africa Centers for Disease Control and Prevention.

The WHO’s Tedros commented on the speed with which vaccines against the coronavirus had been developed. Despite this, more than 80% of Africa’s population is yet to receive a single dose. Tedros said that one of the most important lessons of the pandemic is the urgent need to expand vaccine production in low- and middle-income countries.

He said the technology transfer hub would provide a facility to train manufacturers in vaccine production as well as the obtaining the licenses to do so.

“We expect the benefits of this initiative will extend far beyond Covid-19, by creating a platform for vaccines against malaria, tuberculosis and even cancer,” Tedros said, adding: “This is a strategic investment.”

President Ramaphosa stressed the importance of cooperation. He said: “Working together has massive benefits. The partnership between Afrigen and the University of Witwatersrand is very beneficial because Wits has been working on mRNA technology for the past 10 years.” He also highlighted the successful partnership on genomic surveillance between South Africa and Nigeria.

Ramaphosa also joined Macron in stressing the importance of markets as well as production of pharmaceuticals. “Organizations such as COVAX and GAVI need to commit to buying vaccines from local manufacturers instead of going outside of those hubs that will have been set up,” he emphasized.

Speakers also lamented the obstacle presented by current intellectual property rules, which they described as placing profit above human lives. President Saied: “We need to adopt a different approach on intellectual property when it comes to issues that are relevant to the whole of humanity. We must resolve this.”

Speaking on behalf of Team Europe, European Commission President Ursula von der Leyen stressed the need for balance. She said: “It is important that we limit, with this technology transfer, the profitability of the IP owners, that is the companies, while protecting the intellectual property that scientists have developed and, here, I think we can find a bridge. We think that compulsory licensing with limited, deeply cut profits might be a bridge we build together.”

Team Europe has committed to creating an enabling environment for local vaccine manufacturing in Africa and to tackling the supply and demand side barrier, backed by €1 billion.