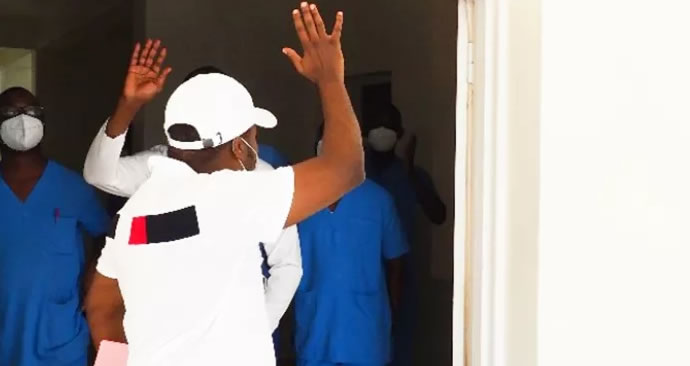 The Ministry of Health also reported that there were no new cases recorded in the country out of the 806 samples that were tested.

The development brings the total number of fully recovered patients to seven, as the number of confirmed positive cases remain at 105 with no reported death so far.

The Ministry noted that all patients are now being treated in designated health facilities and that none of them is in critical condition.

On Sunday, April 5, the first recoveries ever since Rwanda confirmed the first COVID-19 case were discharged.

The four men, three Rwandans and one Burundian, who had been admitted to the Kanyinya health facility, were discharged after testing negative twice, according to the Ministry of Health.

Despite the good news, however, the Minister of Health Dr. Daniel Ngamije in a recent virtual news conference urged anyone who shows COVID-19 symptoms to urgently call toll-free line 114.

The minister also warned against stigmatising those that had been discharged.

As the number of confirmed cases surge, the Government has taken several measures to curb the spread of the virus, the recent one being extending the COVID-19 lockdown to 15 more days to April 19.