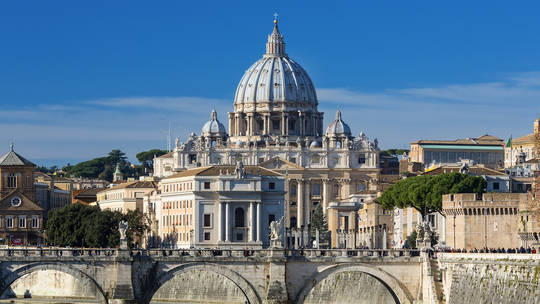 The two men are the most senior Vatican figures to test positive for the virus thus far. The church has not revealed when their most recent contact with the Pope took place, though Parolin was reportedly tested between Sunday and Monday after showing symptoms, according to local media.

Pope Francis has urged his followers to get vaccinated for Covid-19, declaring that receiving the shot is an “act of love” and failing to do so “suicidal.” While one faction of Catholics has come out in opposition to the jabs, arguing that they were developed using tissue from aborted fetuses and are thus immoral, the Vatican has claimed it is in fact “morally acceptable” to take the vaccine despite the fetus factor.

The Vatican last month announced vaccination would be mandatory for all employees, with Parolin imposing a “super green pass” system similar to that of Italy, requiring either proof of vaccination or recent recovery from the virus. Previously, individuals entering the Vatican could also show a negative Covid-19 test.

The Pope has received at least two Pfizer-BioNTech shots, and his deputies are also vaccinated.