Despite possessing healing properties, the commercial potential of Lippia Javanica and its value addition potential has for many years remained under-exploited. 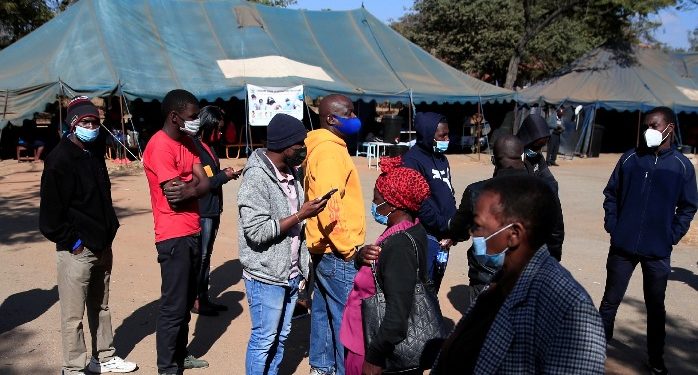 The National Biotechnology Authority of Zimbabwe and Chengie Research and Gulf Pharmaceuticals Zimbabwe have developed COFSOL, a cough medicine made from the country’s wonder herb, Lippia Javanica, commonly known in the widely spoken Shona language as Zumbani.

COFSOL syrup is used for treating coughs, colds and flu.

Lippia Javanica, a naturally occurring traditional herb, has been used by many people to fight the symptoms of coronavirus. The herb has several beneficial nutritional and medicinal components and is known as a neutraceutical. It is also consumed as an herbal tea because of its associated respiratory healing properties.

Speaking at the official launch of the medicine on Wednesday, President Emmerson Mnangagwa said the development of COFSOL marked a notable step in the country’s trajectory towards enhanced scientific research and innovations.

“To ensure the consistent availability of the primary ingredients of COFSOL syrup, I challenge stakeholders to venture into contract farming and the use of biotechnological innovations. As a nation we will undoubtedly emerge stronger through the adaptation of our traditional and natural resources for our health and well-being,” he said.

Mnangagwa further challenged the authority, other institutions of higher learning and the private sector to use their scientific knowledge and innovation for furthering research and development in traditional medicines.

Michael Bhebhe, a lecturer and herbal medicine researcher at Midlands State University, said earlier this year his studies had revealed there were multiple classes of phytochemicals found in Lippia Javanica that include flavonoids, alkaloids, iridoids and essential oils, which contribute to its medicinal properties.

Despite possessing healing properties, the commercial potential of Lippia Javanica and its value addition potential has for many years remained under-exploited.

In April 2021, Africa University became the first institution to monetize Lippia Javanica by developing prototype throat lozenges out of the herb.