Adesina on Thursday travelled to the north-western town of Chato to pay homage to the late president, who he described as “a dear friend, brother and partner.” 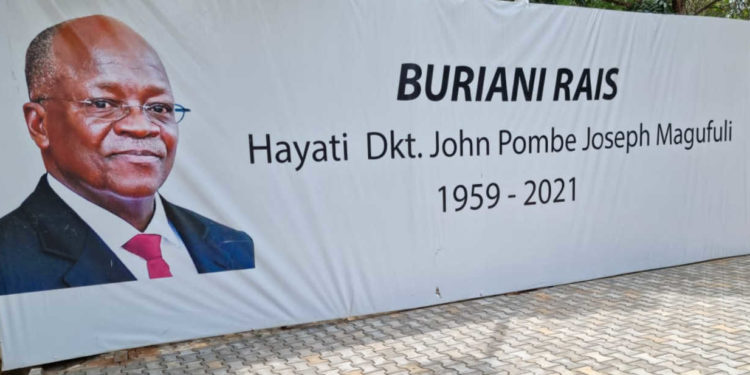 The President of the African Development Bank Group, Dr. Akinwumi A. Adesina, ended his three-day official visit to Tanzania with a moving tribute to the late President John Magufuli, who died in office last March. 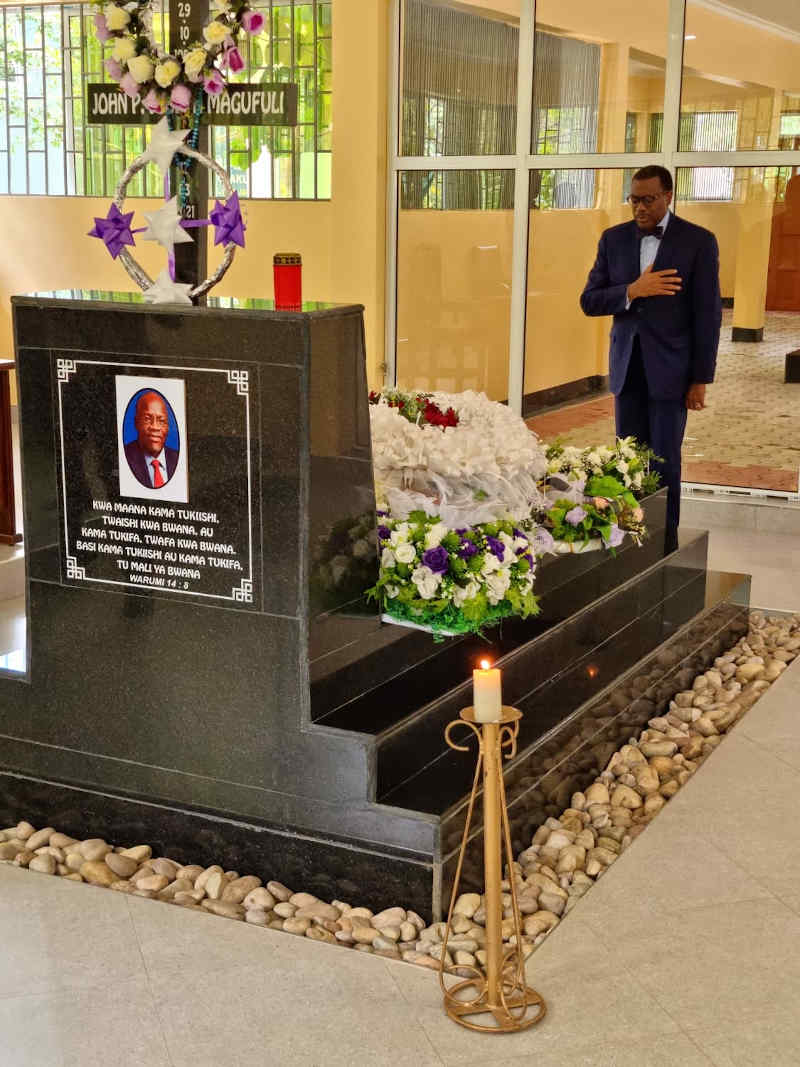 Adesina on Thursday travelled to the north-western town of Chato to pay homage to the late president, who he described as “a dear friend, brother and partner.”

The Bank chief was received in Chato by family members of the late president, led by his brother Goldian Joseph Magufuli.

Laying a wreath at the late president’s grave, Adesina reminisced about how they shared a common love and passion for the accelerated development of Africa.

Adesina wrote in the condolence book: “I miss our engaging discussions about Africa. I miss our discussions on your vision for Tanzania. In a very short time, you transformed Tanzania. You were bold. You were determined. I thank God for your life. I thank God for your outstanding service to Tanzania; for all you did to improve the lives of your people, who you loved very dearly.”

Magufuli, who was elected as the country’s fifth president in 2015, initiated mega infrastructure projects, like the multinational Standard Gauge Railway. This project will ease the transfer of goods between the port of Dar es Salaam and the city of Kigali in Rwanda, and subsequently to the Burundian capital, Bujumbura, and Goma in the Democratic Republic of the Congo. The Tanzanian government is currently developing its part of the railway, starting from the Dar es Salaam – Isaka – Mwanza section.

Adesina had earlier joined President Samia Suhulu Hassan at a ceremony to launch the construction of a 112.3-kilometer ring road in the capital city of Dodoma. There, he recalled how the late president had expressed interest in having the road built to decongest the city. “I told him the African Development Bank would strongly support Tanzania. I told him he should consider it done,” Adesina said.