The Spotlight Initiative is a global partnership between the European Union and the UN to eliminate all forms of violence against women and girls. 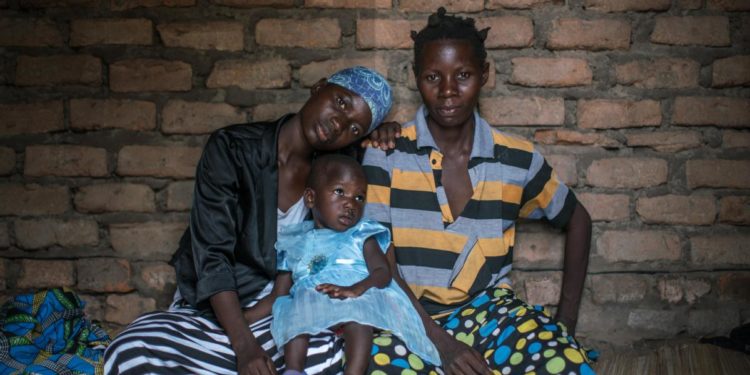 African traditional, religious and civil society leaders have expressed their commitment to ending child marriage, female genital mutilation and other harmful practices that, despite their threat to the health, development and life quality of girls and women, have been practiced across the continent for centuries.

In a meeting on Wednesday in Addis Ababa, the capital of Ethiopia, the leaders promised to work with the United Nations, the African Union Commission and the Spotlight Initiative to end such practices.

The Spotlight Initiative is a global partnership between the European Union and the UN to eliminate all forms of violence against women and girls.

According to UN Women, an organization dedicated to gender equality and the empowerment of women, at least one in three young women in Africa are married before they turn 18.

A report released last week by the independent organization Save the Children said that around 9,600 girls die each year in western and central Africa due to pregnancy and childbirth resulting from child marriage.

Despite some signs of progress that attitudes toward female genital mutilation are changing, the practice remains a major problem in many African countries, with about 200 million girls and women affected, according to UN Women.

In a news release, the UN organization quoted Thomas Huyghebaert, the head of policy cooperation for the European Union’s delegation to the African Union, as saying, “We can change legislation, or improve access to services, but to change mindsets and challenge stereotypes, we need to engage at the community level－engage men, boys, traditional and religious leaders at the grassroots level.”

The organization also said traditional and religious leaders can help end the practice, since they play significant roles as influencers and custodians of cultural practices within communities.

It said such traditional leaders can play a crucial role in transforming deep-rooted cultural beliefs that perpetuate these harmful practices.

Letty Chiwara, the UN Women representative to Ethiopia, the African Union Commission and the UN Economic Commission for Africa, said that investing in preventing violence against women and girls is a critical investment for upholding their rights.

“At UN Women, we know we cannot go far if we go alone in our efforts to end violence against women and girls,” Chiwara said in the news release. “We are excited that we are now partnering with religious and traditional leaders and we need to hear your experiences and solutions to make the partnership a partnership for change.”

In Malawi, traditional chiefs working with police, mothers and child protection workers dissolved 1,893 child marriages, UN Women said, while in Mozambique, traditional leaders agreed on an action plan at a national forum to address child marriage and gender-based violence in their communities.

In addition, in Liberia, traditional chiefs signed a policy banning female genital mutilation in seven of the 11 counties where it is practiced, the UN organization said.