Good day! This is Ethiopia’s week in 10 Headlines 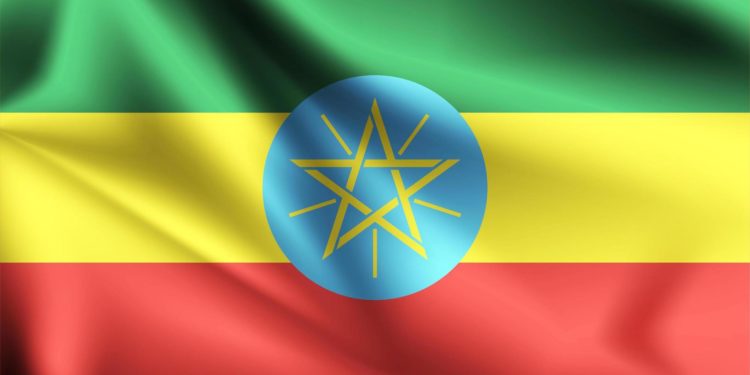 Planned and executed in the utmost secrecy under code name Project X, the core macro economy team of Prime Minister Abiy Ahmed (PhD) has been busy this week implementing a massive currency demonetization and injection of the new banknotes and 200-birr denomination through the nation’s banking system. Pictured above are from left: Ahmed Shide, Finance Minister, PM Abiy Ahmed and Yinager Dessie (PhD), Governor of the National Bank of Ethiopia, conferring on the sidelines of the taxpayer appreciation day held at Unity Park on Thursday.

The Ministry of Revenues has recognized 200 selected taxpayers in three categories, platinum, gold and silver levels, for their loyalty in paying taxes. The recognition took place on Thursday, September 17, 2020, in the premises of the Office of the Prime Minister (PMO). Accordingly, 20 platinum level, 60 gold level and 120 silver level taxpayers were recognized at the ceremony.

The second of its kind in the country, this recognition is meant to encourage more taxpayers to loyally pay their taxes on time and enhance tax compliance. While presenting the recognition certificates and plaques to selected taxpayers, Prime Minister Abiy Ahmed has recommended providing special services to these loyal taxpayers so that others could be motivated to pay taxes and get the same honor like them.

Canadian Physicians for Aid and Relief (CPAR) and Global Affairs Canada are set to spend approximately 110 million Birr (4.1 million CAD) to help Ethiopia with sexual reproductive health (SRH) of women and adolescents. This is to be a four year project and is to support Ethiopia’s priority in helping improve its national curriculum.

The Ministry of Health of Ethiopia has recommended that the postponed general elections can be conducted given the public’s awareness in the means of transmission of the coronavirus pandemic as well as the capabilities created in the country to produce masks and hand sanitizers.

It is to be recalled that Ethiopia decided to postpone the national elections because of the coronavirus pandemics through a constitutional interpretation, overseen by the House of the Federation (HoF).

The Ethiopian Human Rights Commission (EHRC) expresses its deep concern regarding the security events unfolding in the Benishangul-Gumuz Region.

In a statement the Commission sent to The Reporter, it indicated that it has received disturbing reports from the Region’s Metekel Zone, Bulen Woreda, Apar Kebele, and Wonbera Woreda, Melkan Kebele where “at least two instances of violence occurred on 6 September 2020 and between 7 –13 September 2020.”

In its latest presser, the Balderas for True Democracy (Balderas) has denounced terrorism charges brought by the prosecutor against its top members of the party including its founder and leader of the party Eskinder Nega, Sintayehu Chekol, another senior member of Balderas party, Keleb Seyoum, and Askale Demissie. Eskinnder Nega,  the two defendants were detained following the death of singer Hachalu Hundessa. Afterwards, prosecutors at the Federal High Court charged the defendants with terrorism and inciting violence last weekend

The Government of Ethiopia through its State Minister of Foreign Affairs, Ambassador Redwan Hussein has expressed Ethiopia’s dismay towards the destruction of its embassies across a number of European nations, including in London and in Berlin.

The Minister exchanged words with Heiko Nitzschike, Charge of affairs of the Germany Embassy in Addis Ababa, and expressed his government’s disappointment on the lack of protection afforded to its embassy.

This came about after the embassy was attacked and overpowered by supporters of the Oromo Liberation Front (OLF) and sustained visible damage to its property.

The Council of Ministers, in its 89th regular session held on Wednesday, discussed on various issues and passed decisions.

The council first discussed on a draft regulation for the establishment of the Ethio-Engineering Group.

The regulation aims at making the different industries that were operating under the Metals and Engineering Corporation (METEC) profitable, by enhancing the efficient utilization of resources.

In the previous FIFA rankings, Ethiopia ranked 151st with 1049 points. The current ranking considered the period starting from November 2019 to July 2020 edition. However, there was no new FIFA ranking’s released in August of this year.

The Ethiopian Economics Association (EEA) said on Thursday that the introduction of new banknotes and denomination into the monetary system might cause a shift in deposit preferences towards holding currency instead of depositing in the bank.

In a statement, the Association warned that the new 200-birr denomination might bring about unforeseen macroeconomic consequences.