Good day! This is Ghana's week in 10 Headlines 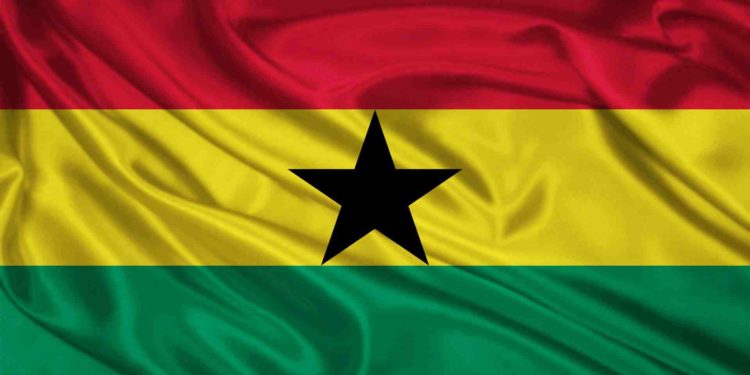 According to initial reports, two military personnel were captured and assaulted by some civilians with the soldiers sustaining serious injuries.

When the area was visited on Wednesday, August 26, the Dome Faase area was literally a ‘ghost town’ with heavy military persons manning the area to restore calm.

An anti-corruption campaigner at the Ghana Anti-Corruption Coalition (GACC), Mrs Beauty Emefa Narteh, has said it is unfortunate that the recently launched manifesto of the governing New Patriotic Party (NPP), fails to make a precise statement on the fight against graft.

Mrs Narteh, who is the Executive Secretary of GACC, said at a press event on Wednesday, August 26, 2020, that manifesto promises seem to have a mere façade in the run-up to elections because nobody holds politicians accountable to their promises after the general polls.

Sackey, who spent last season on loan at Denizlispor joined Hatayspor on a free transfer after seeing out his contract with Alanyaspor FK.

The Coalition of Civil Society Organizations (CSOs) on the Dangers of Ethnocentrism to Ghana’s Unity, Stability, Peace and Security has called for the resignation of the Ashanti Regional Minister, Simon Osei Mensah over alleged ethnocentric comments he made against Northerners.

According to the Ministry, the 2021-2024 Budget Statement and Economic Policy preparations have started and as due process requires, the general public are required to make their submissions.

“Taking cognizance of the fact that 2020 is an election year, a draft Budget Statement and Economic Policy will be prepared whilst a threemonths’ expenditure in advance of appropriation will be presented to Parliament by November, 2020.

6. The National Commission for Civic Education (NCCE) on Thursday organized a social auditing        programme at Chorkor to address the sanitation issues confronting the community.

The forum brought together opinion and traditional leaders, representatives from the Accra Metropolitan Assembly (A.M.A) and members of the community.

A nine-member committee was sworn-in to discuss strategies to solve issues concerning the community.

Ms. Druscilla Lartey, the NCCE Officer-in-Charge of the Ablekuma South Metro, in an address said in consultation with the traditional and opinion leaders, the community identified sanitation as the major challenge.

The Ghana Armed Forces (GAF) has said the recent deployment of officers across the country was to help security agencies secure the country’s borders and not to harass civilians.

Brigadier General Abraham Yeboah Nsiah, General Officer Commanding (GOC) Southern Command, said contrary to speculations, soldiers deployed in border communities, particularly Wudoaba in the Ketu South Municipality executed their duties professionally.In a press briefing when he led adelegation of the Armed Forces from Accra and the 66 Artillery Regiment, Ho, and heads of sister security agencies in the Municipality to visit officers deployed to the area.

8. Reopen schools by Sept 22 or we demonstrate’ – Private school teachers

The Coalition of Private School Teachers-Ghana (CPST-GH) has threatened to demonstrate against the Akufo-Addo-led government if schools across the country are not opened by Tuesday, 22 September 2020.

CPST-GH also saythey will boycott the December 2020 polls if the schools are not opened to enable private school teachers who have not earned any salary since the closure of schools following the outbreak of the COVID-19 pandemic regain their source of income.

The Power Distribution Services Limited (PDS) has sued the government of Ghana for wrongful termination of their contract with the state.

This was disclosed by Information Minister Kojo Oppong Nkrumah.

“Yes, PDS has sued the government in the court here in Ghana…wrongful termination is one of their claims,” Mr. Nkrumah noted.

The Nigerian Government has said that it will not tolerate the incessant harassment of its citizens in Ghana by Ghanaians and Ghanaian authorities.

The government says it has been documenting acts of hostility towards Nigeria and Nigerians by the Ghanaian authorities.

The Nigerian government noted that Nigeria has time after time demonstrated its fidelity to the long cordial relations with Ghana. But indications, especially in recent times, are that Nigeria’s stance is now being taken for granted and its citizens being made targets of harassment and objects of ridicule.