Good day! This is Sierra Leone’s week in 10 Headlines 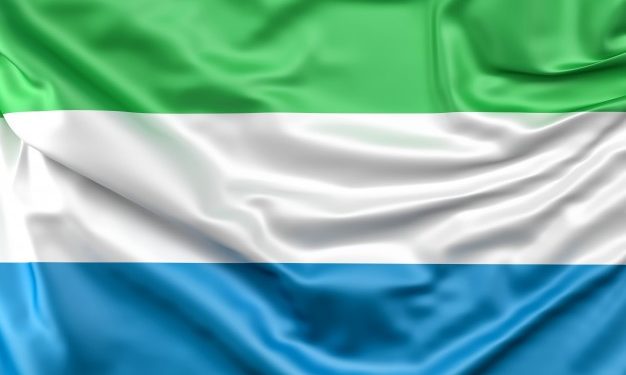 He said that the new structures will speak to the needs of the country as the ministry positions itself to harness opportunities across the globe in order to grow the country’s economy.

We at the National Reformation Movement (NRM) wish to inform the public that we have met with the APC leadership over the past one month to try to resolve the constitutional issues which form the center of interest of our reformation efforts.

On July 1, 2020, the leadership of the NRM met with that of our party, the All People’s Congress, at the party’s headquarters, where both parties made commitment to the  search for a negotiated settlement. In that meeting, which was summoned by the Facilitator, Dr. Ibrahim Bangura, both parties also made commitment to the observance of a rule that forbids the reporting to the public of information disclosed in the course of the negotiation.

Augustine Gbao, 72, a former leader of the Revolutionary United Front (RUF), had served 17 years of a 25-year sentence for acts including terrorism, extermination, murder, rape and sexual slavery.

The Residual Special Court for Sierra Leone, based in The Hague, is the successor to a court established by the United Nations in 2002 to try those who bear “the greatest responsibility” for the atrocities during the West African country’s 1991-2001 civil war.

The Anti-Corruption Commission (ACC) in its second media release published on the, 7th of September 2020, “has updated the general public of the actions and steps” it says it has taken “to address critical issues raised in the Auditor General’s Reports of Sierra Leone, for the period 2015 – 2018” – when the APC government was in power.

These interventions the ACC said , are focused on aspects of “possible or alleged corruption and conduct inconsistent with the provision(s) in the Anti-Corruption Act of 2008”.

The corruption case against former vice president, Victor Bockarie Foh and five others, brought by the Anti-Corruption Commission in 2017, has gained traction again after the proceedings were stalled due to the Corona virus pandemic and the flight of one of the accused – Ibrahim Fakeh Conteh, who is believed to have left the jurisdiction. Interpol is said to have been officially contacted to track down the wanted accused. Counsel for Victor Foh – the 2nd accused H. M. Gavao, has asked the prosecution to produce a video recording that was made of a vital event showing the 1st accused – Sheka S. Kamara, and the former vice president shortly before the 1st accused left the shores of Sierra Leone for Saudi Arabia on the 18th August 2017, as Head of the of the Sierra Leone delegation to perform the Hajj pilgrimage in Mecca.

After leaving Sierra Leone last week for Lebanon on what State House in Freetown described in a statement as a ‘private visit’,  more is now known about the true reason for president Bio’s trip to Lebanon.

Following last week’s unconfirmed report that the president is in Lebanon for COVID -19 treatment, medical experts have debunked that possibility, and are now saying that the president has undergone serious and complicated surgery at the American University Hospital in Beirut, and has come out of intensive care.

The government of Sierra Leone has remained firmly muted about president Bio’s health and his visit to Lebanon which according to the State House statement, ought to have lasted one week and should have ended yesterday.

A cold war of sorts is being fought over the Municipality of Freetown that is affecting its long-suffering residents. Freetown is Sierra Leone’s major urban, economic, financial, cultural, educational and political center, as it is the seat of the Government of Sierra Leone.

The inhabitants of Freetown are extremely heterogeneous. With a population of 1.1 million, it is home to at least 74 informal settlements, many of which are perched on the last vestiges of land before the sea.

Sierra Leone Road Safety Authority (SLRSA) on  Monday, launched new national motor vehicle number plates at its headquarters on Kissy Road in Freetown, to help curb rising vehicle crime in the country and to make it much easier to manage vehicle data electronically.

Launching the new vehicle number plates, the Executive Director of SLRSA – Mr. Ibrahim Sannoh, said that the new number plates are in line with President Julius Maada Bio’s digitalization agenda for all Ministries, Department and Agencies.

They alleged that the Law School had unlawfully denied them admission to study for the Bar, because they had not passed some law subjects and or modules at the Bachelor of Law’s (LLB) level.

Upon assuming office on the 2nd May, 2017, the aggrieved law graduates (complainants) approached the new Ombudsman, Mr. Melron Nicol-Wilson (Photo), and pleaded with him to speedily look into their complaint, as it had not been concluded since it was lodged in September, 2015.

Evelyn Lewis, a Sierra Leonean social entrepreneur and technologist, has developed an application to aid the fight against COVID-19. His software company, SBTS Group, developed the Health Outbreak Manager (HOM) software which consists of an app and a comprehensive suite of tools that help collect and manage data for users and COVID-19 responders.

Using live data feeds and user-reported information, officials and health organizations can monitor and manage the status of an outbreak and contain the spread with appropriate mitigation strategies.