John Nkengasong, director of the Africa Centres for Disease Control and Prevention, said 2.8 million vaccine doses had expired on the continent, roughly 0.5 percent of the 572 million doses delivered to date. 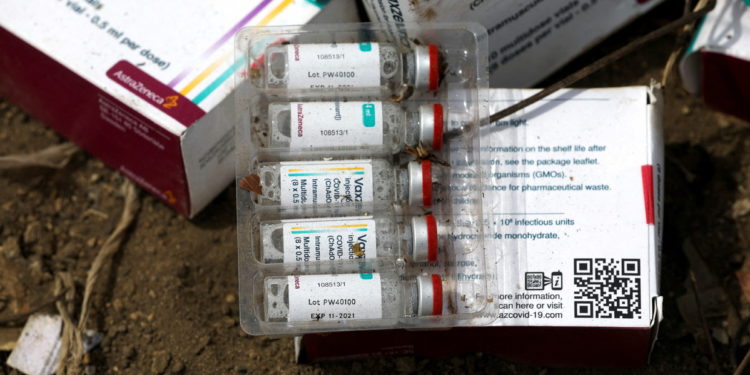 Africa’s top public health bodies on Thursday called for donated COVID-19 vaccines to come with a shelf life of three to six months so countries could plan their rollouts and avoid a situation where doses expire.

“In terms of the 0.5 percent, let me be very clear, any dose of vaccine that expired pains me because that is a life that can be potentially saved,” he said.

He added that the expired doses were mostly among those donated by individual countries or via the global vaccine-sharing scheme COVAX, and that they had arrived with very short notice.

According to Nkengasong, about 10 percent of Africans have been fully vaccinated, a percentage lagging far behind most parts of the world, and far below the World Health Organization’s target to vaccinate 40 percent of the populations in all countries by the end of last year.

His remarks followed recent reports that countries in Africa, which almost exclusively rely on international supply of COVID-19 vaccines, received nearly expired vaccines from some Western countries and had no chance of administering them but destroy them, which drew wide condemnation from public health experts in Africa.

Nigeria had to destroy 1 million expired doses of the AstraZeneca vaccine in December, as the vaccines donated by Western countries had just weeks left on their shelf life.

Dennis Munene, executive director of the China-Africa Center at the Kenya-based Africa Policy Institute, said some Western countries hoard excessive vaccines and only donate them before they are going to expire, which is not only immoral but also a violation of basic human rights.

He called such behavior by the West the weakest link in the fight against COVID-19.

Gerald Mbanda, a researcher and publisher in Rwanda, said the hoarding of the vaccines by rich nations will cause unnecessary deaths, and delays the end of the pandemic and global socioeconomic recovery.

He said the West should do more to share vaccines as well as provide patent rights for the manufacture of vaccines in poorer countries.