Kenya's ambassador to China Sarah Serem has intervened and caused China to return back to home a Kenyan family that had been forced into quarantine in the Asian country. 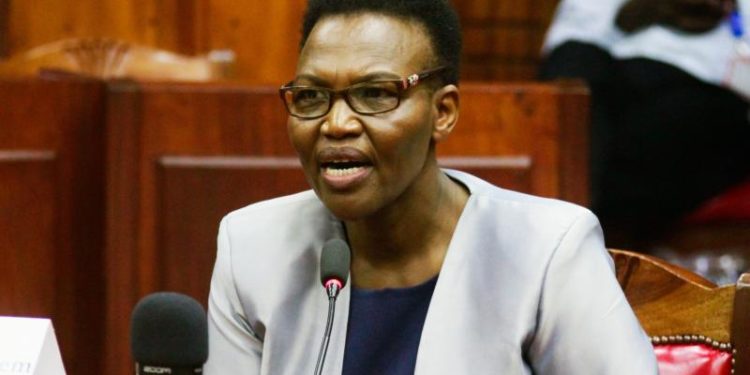 The family of a teacher who has been in China along with his wife and a one-year-old child is said to have been forcibly picked from its house and driven to a quarantine where they spent sleepless nights before the Embassy officials intervened.Ambassador Serem said she received communication regarding the plight of the teacher who is legally in China with his family and they were released through the Embassy’s intervention.The teacher, Elly Wafula, and his family are to observe self-quarantine for 14 days as opposed to a supervised one.

When contacted by The Standard yesterday, Wafula who is observing the self-quarantine rule at home was busy teaching his students online.Cases of discrimination by the Chinese authorities have also been reported and the embassy called to intervene in a bid to rescue those affected.The Ambassador along with others from Africa, whose citizens’ rights have been violated especially in Guangdong, wrote a protest letter to the Ministry of Foreign Affairs Beijing detailing specific cases of mishandling.

This was evident in a case in which two Kenyan students were picked up from their apartment and taken to quarantine while their housemate from Serbia was left.“Their house-mate a Serbian national was spared. The intervention led to all the three being quarantined in their apartment,” she added.

For one not to be subjected to quarantine outside his home, Serem said there is a need for those living in China to offer themselves for the Covid-19 test and adhere to the host country’s regulations and health measures during this period.On threatened forced evictions, the ambassador said they had intervened and helped to resolve most of the cases in conjunction with the local authorities.Records at the embassy show there are close to 7,000 Kenyans living in China, out of which, 1,200 are students.However, on the issue of Ms Beatrice Nduta spending a night outside the embassy without any assistance, Serem said she was illegally living in China. Nduta, the secretary of one of the Kenyan welfare groups in China, is said to have gone to China in 2017 and does not have a valid immigration status for her residence and accommodation.

She claimed to have been forcibly evicted from her residence where a friend was accommodating her.“She has been residing with friends in Shandong Province. Although she claims to have spent the night outside the Embassy and was rained on, the truth of the matter is she was accommodated by friends while in Beijing.The Embassy officials came to her rescue, did a quick harambee of Sh46,500 (RMB3100) and off she left to stay with friends until now,” Serem added.Kenyans who are in the Asian country illegally do basic jobs like small businesses, private teaching or tutoring and work as casual labourers. They are always on the run and are deported by Chinese authorities when caught.“We have engaged the government of China to ease immigration operations until the Covid-19 situation improves to enable Kenyans to travel back home,” she said.

Some of the measures put in place by the foreign country following the outbreak of Covid-19, every person has to acquire special residence passes or Quick Response (QR) codes on health status which can only be issued to properly documented persons.