American company using drones in coronavirus fight in Africa, hope to bring service to US

Zipline launched its fast transport solution on Monday, flying test swabs from rural parts of the West African country of Ghana to two laboratories in Accra and Kumasi. 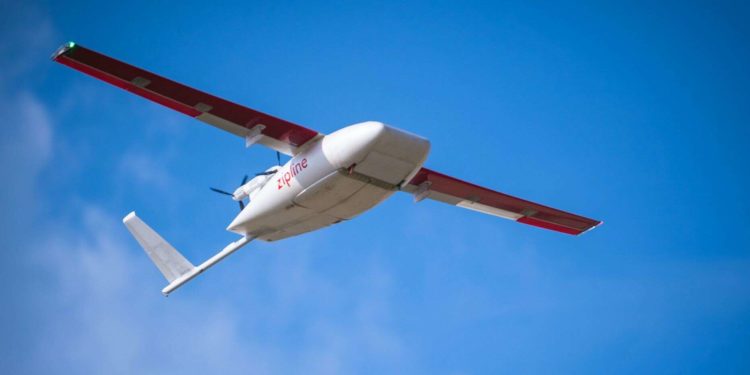 A San Francisco-based company has become the first in the world to launch a rush service by drone to deliver coronavirus test samples from rural areas in Africa to labs – and wants to bring that service home.

The company is in talks with the Federal Aviation Administration (FAA) in hopes it can start emergency operations in the United States.

Justin Hamilton, the company’s head of global communications, told Fox News it could begin those operations “within weeks” of getting the green light from the FAA.

”This is a time of a global emergency, we’re an American company, we’re helping other countries around the world prepare for, and respond to the pandemic, and we want to help our country as well,” he said.

Since Zipline started medical deliveries in 2016 in Rwanda, and now since 2019 in Ghana, their California-made fixed-wing drones have flown more than 2 million miles across African skies, delivering more than 60,000 vaccines, units of blood, and critical medical products.

Now with the transportation of COVID-19 test samples into Ghana’s big cities, the company is claiming another world first.

“This is the first time that autonomous drones have been used to make long-range flights, for deliveries into densely populated urban areas,” Hamilton said.

These are not the drones flying short, line-of-sight distances you see in shops.

Zipline’s drones make terrain-hugging round trips of up to 100 miles, carrying an average of 10 test swabs at a time.

In Ghana, it’s radically cut down the critically important delivery time for tests –  in some cases from days to minutes.

Prior to using drones, Hamilton told Fox News, the country had to use trucks and cars to transport test samples from rural hospitals into the city

“An incredibly long journey and the truck would have to make multiple stops at hundreds of facilities around the country before it could return back to the lab for processing,” he said. “That journey could take anywhere from many hours to many days.”

Now samples are collected from rural clinics, and, with the drone flying at up to 80 mph, they arrive directly at labs within 30 minutes of take-off.

“In a situation like this, a global pandemic, timing is everything, and the countries that are able to get on top of the situation very quickly are the ones that stand a better chance,” Hamilton added.

William Kwabena Ampofo, head of virology at one of Ghana’s laboratories, the Noguchi Memorial Institute for Medical Research, says he’s very grateful for the drone service.

“This will speed up and facilitate the sample transfer, and of course the return of the results back to the facilities where they are needed,” he said.

Lab staff gets a text message advising them to go outside when the drone is a few minutes out. As it approaches the lab, it is programmed to descend to a low flight level and eject a package containing the test samples so that they float down below a parachute onto an open space, in this case, the lab’s front lawn.

This quick transfer makes it safer.

“We don’t have to put a driver at risk, the package can easily be dropped quickly,” the institute’s Susan Adu said.

Two of Zipline’s four drone distribution centers in Ghana are concentrating on assisting with the COVID-19 crisis.

Each has a complement of up to 30 drones capable of 150 flights a day, over an 8,000 square mile radius from each of the centers.

In a week a center can fly two tons of medical cargo. Much-needed masks, gloves, and other PPE are also kept at the centers and flown as needed.

Zipline has also been working with the U.S. Department of Defense’s Defense Innovation Unit to “show how medical drone deliveries can help save lives in combat, and in disaster and humanitarian response scenarios,” Hamilton said.

In addition to Africa, Zipline is rolling out medical deliveries in India, while in the U.S., plans were on track to roll out drove deliveries to remote parts of North Carolina in the fall.

The drones would carry critical medical supplies to hospitals and ultimately to patients’ homes.

In the meantime, with flying experience learned in the tough African environment, the Zipline team wants to help fight the coronavirus in the U.S., right now.

“We certainly have the capability of flying test samples,” concludes Hamilton. ”We have many many capabilities, and there are many many ways we can help. The most important thing for us is that we do help, so we’re ready to have all those conversations.”