ANTANANARIVO: Death toll from cyclone climbs to 92 in Madagascar

The cyclone pummeled the island country on Saturday, bringing down houses and electrical lines as it slammed the southeastern coast, leaving tens of thousands homeless before dissipating on Sunday. 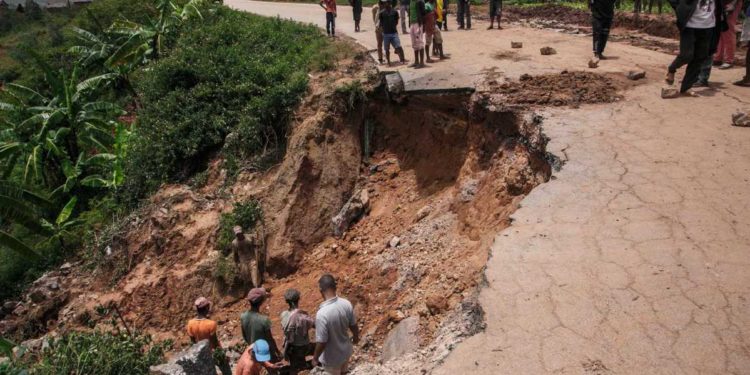 The number of deaths from Cyclone Batsirai in Madagascar, which made landfall over the weekend, has risen to 92. Aid groups are working urgently to help an estimated 75,000 displaced people including around 37,500 children.

In a UNICEF statement released on Wednesday, it said its field teams together with the government, sister United Nations agencies, and NGO partners are currently assessing the extent of the damage and needs in the affected areas, while responding to most pressing needs.

Jean Francois Basse, UNICEF representative in Madagascar, who is part of the assessment team, said safe water and adequate sanitation are among the most pressing needs to avoid outbreaks of waterborne diseases, along with the provision of medicine, food, cooking equipment, and other basic household items for survival.

“Dozens of schools and medical centers have been either damaged or destroyed by Batsirai, which directly impacts the lives of children,” Basse said. “In responding to this emergency, we need to address the immediate needs, but also plan for the long term by building back better, including with more resilient buildings.”

He added that cash transfers can also be used to support reconstruction and the restoration of basic social services such as education and child protection.

The cyclone pummeled the island country on Saturday, bringing down houses and electrical lines as it slammed the southeastern coast, leaving tens of thousands homeless before dissipating on Sunday.

Madagascar, with a population of nearly 30 million, is already struggling from the effects of Cyclone Ana which killed 55 people and displaced 130,000 in a different area of the country weeks earlier. Ana made landfall in Madagascar before rummaging through Mozambique and Malawi.

According to the World Food Programme, staff on the ground responding to Batsirai have reported that the coastal town of Mananjary has been completely devastated. Houses have been swept away by the violent winds and access is now only possible by air. Manakara town, some 100 kilometers to the south, is also inaccessible by road.

The cyclone caused widespread flooding and made 12 roads and 14 bridges impassable, cutting off some of the worst affected areas and impeding efforts to bring relief to local communities.

“The floods and bad weather have not only devastated homes and damaged property, but above all, they have destroyed the livelihoods and sources of income of the affected families. Affected families, currently in a situation of total destitution, will see their living conditions deteriorate in the absence of urgent assistance until their situation returns to normal,” Pasqualina Disirio, WFP country director in Madagascar, said.

The WFP said it had prepositioned 50 metric tons of food stocks in advance of the cyclone to quickly assist 10,000 people or around 2,000 households for 10 days.