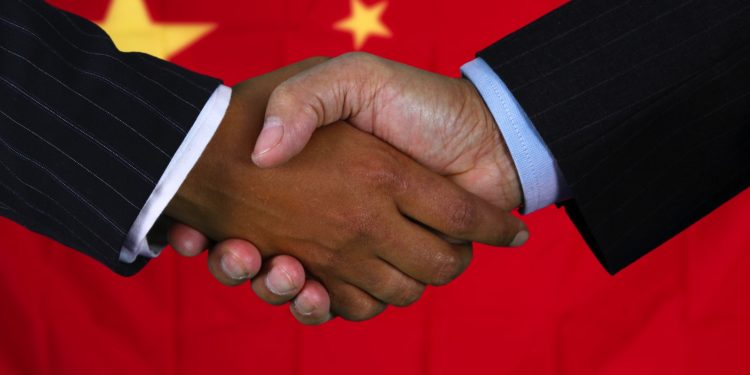 Business team shaking hands in front of the flag

BEIJING, April 17 — China will continue to send medical teams to relevant African countries, continue to provide anti-epidemic materials in short supply within its capacity, and support African countries and people in their fight against the epidemic, Foreign Ministry Spokesperson Zhao Lijian said Friday.

He made the remarks in response to a question concerning media reports that said during a recent meeting with the media, Nigerian Foreign Minister Geoffrey Onyeama spoke positively of China’s achievements in fighting the epidemic as well as measures taken by China to properly address the situation of African citizens in Guangdong Province.

Zhao confirmed the reports, saying that Onyeama also called on the Nigerian people to view the situation of African nationals in Guangdong objectively and rationally and clarified some untrue remarks.

Many African foreign ministers, ambassadors to China and consul generals in Guangzhou have expressed their understanding of the epidemic prevention measures taken by Guangdong and their appreciation of the measures taken by China to address the concerns of African countries, they also required their nationals to abide by the local epidemic prevention regulations, Zhao noted.

“China and Africa are a community of shared future. At the critical moment of China’s fight against the epidemic, our African brothers have given us strong solidarity and support. At present, the epidemic situation in Africa is still developing, and China is highly concerned,” Zhao stressed.

The two teams of medical experts sent by the Chinese government had arrived in Ethiopia and Burkina Faso on Thursday. “We believe that cooperation in battling the epidemic will further strengthen the friendship between China and Africa,” he added.