In accordance with the government's decision, this will continue until Monday, February 21, for five days 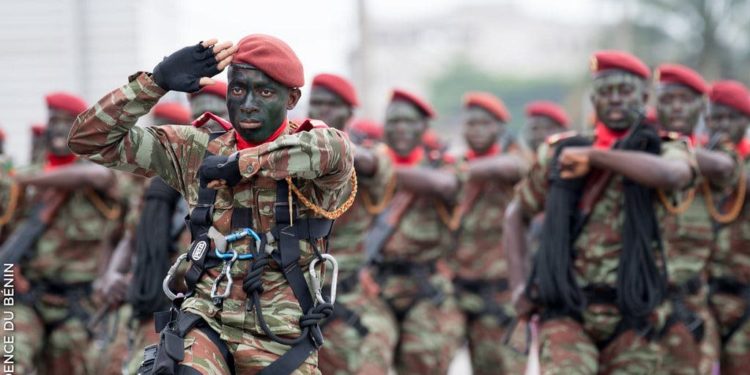 The five-day tribute ceremonies of the Beninese nation to its soldiers who fell during the terrorist incursions in the “triple point”, the border area between Benin, Burkina Faso and Niger, began on Thursday, February 17, at Camp Kaba in Natitingou, home to the 6th Inter-Arms Battalion.

Since Thursday, February 17, Beninese soldiers who fell, arms in hand, during the incursions of terrorists at the “triple point”, the border zone between Benin, Burkina Faso and Niger, received the tributes of the whole nation.

In accordance with the government’s decision, this will continue until Monday, February 21, for five days. The events began at Camp Kaba in Natitingou, home to the 6th Joint Battalion, which lost two of its soldiers during the hostilities. These were Lieutenant Calvin N’Dah and Corporal Comlan Silas Ognondoun.

A total of seven soldiers died on the front lines during the latest terrorist attacks in northern Benin. They come from the 2nd, 6th and 8th Joint Battalions (Bia) of Parakou, Natitingou, Djougou and the 1st Pcp of Ouassa. This Friday, February 18, the same tribute ceremonies are planned in Parakou.