Mkapa played a key role in Kenya's reconciliation in 2008 following the 2007 post-election violence. 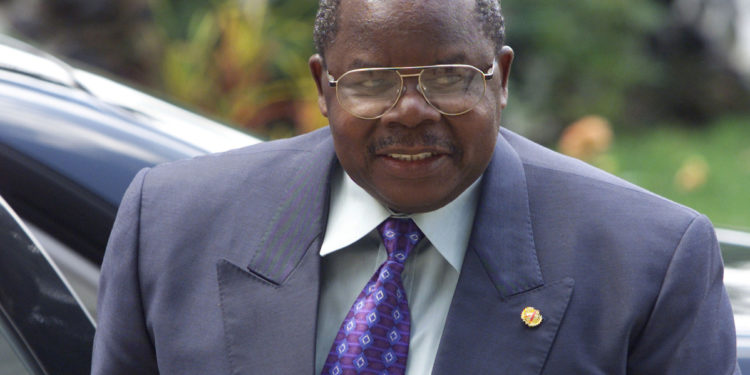 Benjamin Mkapa, the former president of Tanzania who served as the third leader of the country from 1995 to 2005, died in the early hours of Friday at the age of 81.

“I urge Tanzanians to receive the sad news, and continue praying for Mkapa. More information will be communicated later,” Magufuli said.

The president declared a seven-day mourning period in the country, during which flags will be flown at half-mast.

African leaders mourned Mkapa, eulogizing him as an outstanding leader in the east African region.

Moussa Faki, the chairperson of the African Union Commission, said it was with deep sadness he learned of the passing of Mkapa.

Faki eulogized Mkapa as a statesman particularly remembered as an indefatigable peacemaker in the east African region.

“My thoughts and prayers go out to his family, the people and government of Tanzania,” he said on his official Twitter account.

In his message of comfort, Uhuru Kenyatta, the president of Kenya, mourned the departed Tanzanian leader as an outstanding East African who worked tirelessly for the integration, peace and progress of the region.

Kenyatta wished Mkapa’s family and all Tanzanians God’s comfort and fortitude as they mourn their departed leader.

Raila Odinga, the African Union envoy for infrastructure, eulogized Mkapa as a great friend of the Kenyan people, a pan-Africanist, a true believer in South-South Cooperation and a global statesman.

“We Kenyans owe him a debt of gratitude because in the moment of turmoil, Mkapa, Kofi Annan and Gracia Machel helped to restore tranquility in our country,” he said.

Mkapa worked as a journalist in several media houses before being appointed by President Julius Nyerere as his press secretary in 1974. In late 1970s to 1990s,he served in several ministerial positions, including minister for information and culture and minister for foreign affairs, before being elected president.